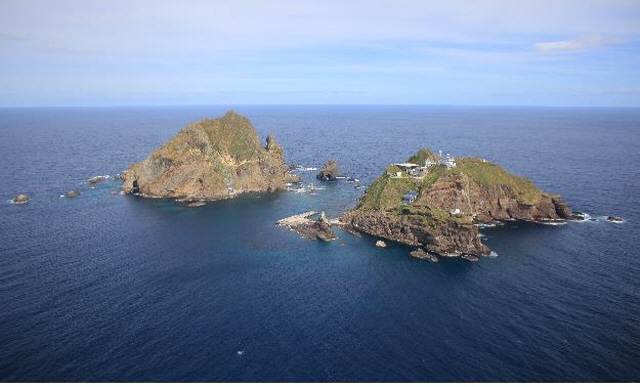 Dokdo in the East Sea. (image: Ministry of Oceans and Fisheries)

SEOUL, May 30 (Korea Bizwire) — “President Trump! You mentioned the body of water between the Korean peninsula and Japan as the ‘Sea of Japan’, but it is correct to call it the ‘East Sea.’”

Seo in the tweet noted that, “Yesterday you made one big mistake while you were giving remarks to the U.S. troops in Japan” adding, “It would be much appreciated if you could use the correct expression the ‘East Sea’ next time.”

Seo also attached a video as to why the body of water between the Korean peninsula and Japan is called the ‘East Sea.’

Professor Seo is concerned that even if there was no special intention on the part of President Trump for using ‘Sea of Japan’ in his statement, the Japanese government is highly likely to cite him in public discussion in the international community.

Seo also claimed that if Internet users steadily promote the use of ‘East Sea’, he is confident that the popularity of the name ‘East Sea’ will return to prominence.