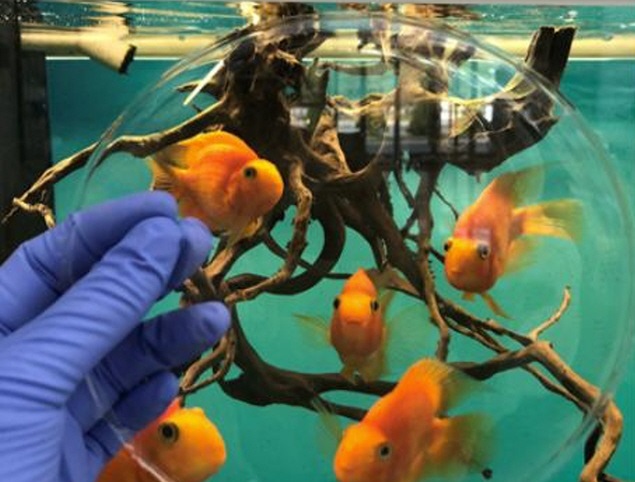 KRICT’s research team has come up with an original technology that mixes nano cellulose stiffeners in the compound isosorbide, originated in glucose. (image: Korea Research Institute of Chemical Technology)

Until now the Japanese firm Mitsubishi Chemical Corp. was the one and only to commercialize bio-polycarbonate.

KRICT’s research team has come up with an original technology that mixes nano cellulose stiffeners in the compound isosorbide, originated in glucose.

The original technology applied the principle of the chemical compound; similar compounds mix well with each other. Both isosorbide and nano cellulose are hydrophilic.

The material that KRICT developed has better performance than that of Japan. Some measurements showed higher results than oil-based polycarbonates.

The material recorded a tensile strength of 93MPa, higher than existing oil and bio-polycarbonate.

Furthermore, the penetration ratio, which indicates how transparent plastic is, was 93 percent.

It is not a completely identical experimental condition, but it is comparable to typical commercial petroleum products, which come in around 90 percent in terms of penetration ratio.

Dr. Oh Dong-yeop, a researcher at the KRICT, added, “The toxicity level is safe for infants and children to put in their mouth, which means that the materials can be used for medical purposes in such things as implants and artificial bones, as well as toys, milk bottles and baby strollers.”