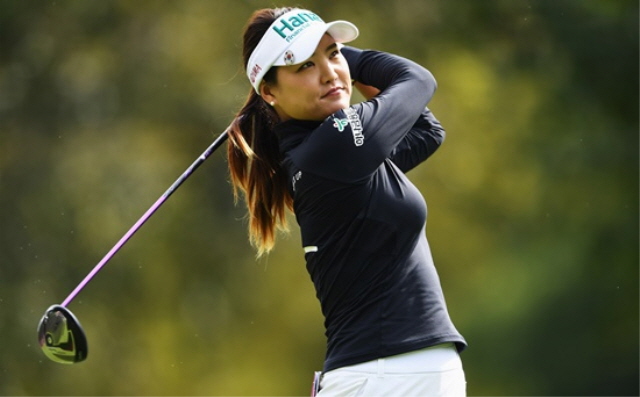 SEOUL, Jun. 26 (Korea Bizwire) — South Korean Ryu So-yeon rose to the No. 1 ranking in women’s golf Monday on the strength of her latest LPGA victory.

Ryu is the third South Korean to sit atop the women’s world rankings, following Shin Ji-yai in 2010 and Park In-bee in 2013.

Ryu won the Walmart NW Arkansas Championship on Sunday in Arkansas with a tournament record score of 18-under 195 to move up from No. 3 to No. 1 in the world rankings.

Ryu ended Ariya Jutanugarn’s reign at two weeks. The Thai overtook Lydia Ko of New Zealand on June 12 but fell back to No. 2. Ko is now No. 3.

“I never thought I’d be the new No. 1 with a win this week, and I am so happy all the good things have happened at once,” Ryu said. “I’ve always dreamed of the No. 1 ranking. I’ll try to stay at No. 1 with consistent golf. I know there’s going to be a lot of pressure, but I know I can handle a lot of different things.”

Ryu first made a splash in 2006, when she won two gold medals at the Doha Asian Games as a 16-year-old phenom. She turned pro the following year and picked up her first victory in 2008 on a minor U.S. tour. Ryu’s first victory on the Korea LPGA (KLPGA) Tour also came in 2008.

Ryu reeled off five KLPGA victories in 2009 alone. Then she made her mark in America by winning the U.S. Women’s Open, the oldest women’s major tournament, as a non-LPGA member in 2011.

In her first full LPGA season in 2012, Ryu won the Jamie Farr Toledo Classic en route to earning the Rookie of the Year honors.

Ryu’s next LPGA win came in August 2014 in Canada, and then she went through a dry spell that lasted for nearly three years, until she finally broke through in April this year at the ANA Inspiration, the first major of the year.

A model of consistency, Ryu was leading the tour in money and scoring average without a win early this season and in one stretch made 64 consecutive cuts.

“One of the reasons why I think I can be consistent is because I enjoy this game,” she said. “I just want to be focused, enjoy this game and then try to improve every moment.”