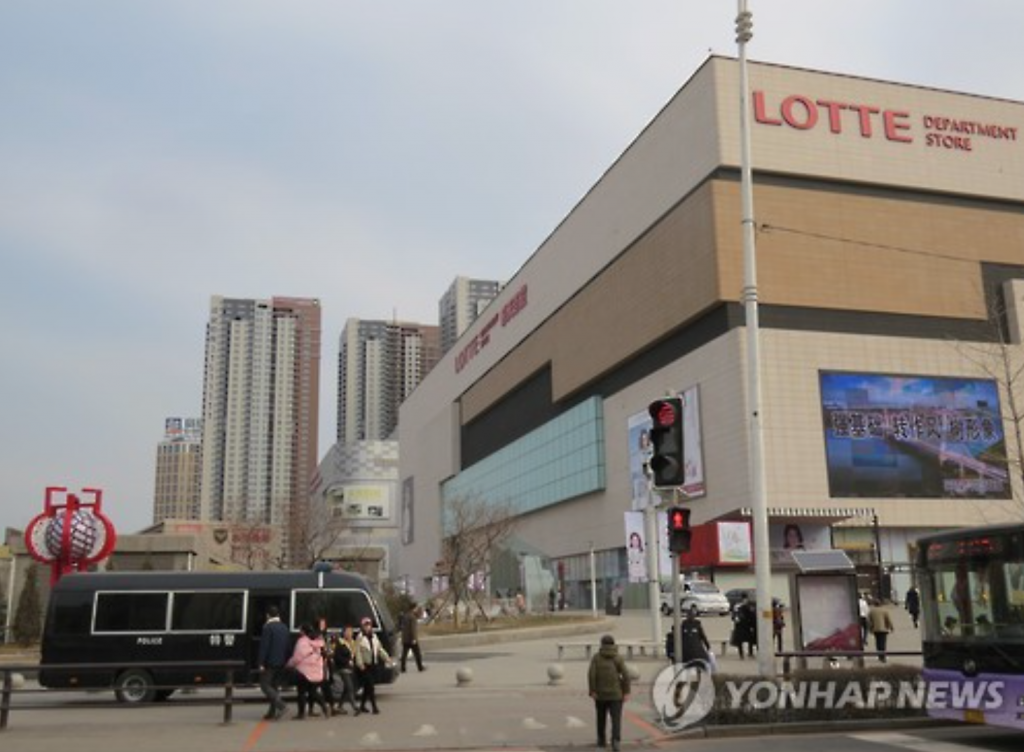 Chinese police stand guard in front of a Lotte Department Store outlet in Shenyang, China, on March 4, 2017, due to rising anti-Korean sentiment among Chinese. (image: Yonhap)

SEOUL, March 15 (Korea Bizwire) – South Korean travelers are increasingly wary of China as their destination, with anti-Korean sentiment rising among the Chinese over the planned deployment of a U.S. missile defense battery in South Korea, industry and public officials said Wednesday.

Lately, a growing number of Korean middle and high schools have canceled plans to send their students to China on field trips due to an outburst of anti-Korean sentiment there, said the officials.

According to the Daegu Metropolitan Office of Education, at least four of seven Daegu high schools with plans for China-bound field trips this year have changed their destinations to Taiwan and Japan.

The office said it sent a letter to Daegu schools last week, asking them to take sufficient protective measures for students ahead of their field trip to “unstable” areas. The office also recommended that overseas school field trips be canceled or postponed to ensure the safety of students.

Likewise in Busan, four out of five middle and high schools have abandoned their plans to send students to China on field trips in the first half of this year.

A Busan high school, for instance, changed the destination of its field trip to Japan after consultations with parents, while three other schools replaced China with Japan or Singapore as the destination.

Another Busan high school said it will also consider changing the destination of its China-bound field trip.

The Busan Metropolitan Office of Education asked its schools in January to refrain from overseas field trips except for special educational purposes.

On Jeju Island, two elementary schools which sent pupils to China last year said they plan to visit somewhere else this year.

In South Chungcheong Province, 20 primary and secondary schools planned on a field trip to China this semester but 14 of them have already decided to forgo such plans. The other six schools are also considering changing their destinations to other countries or domestic locations.

Separately, the city of Nonsan, near Daejeon, has canceled its earlier plan to send about 1,600 high school students in its district to Shanghai in several groups in the first half.

Officials of Nonsan City Hall said the destination for the overseas training program will be changed to Japan or other countries, due to anti-Korean sentiment in China.