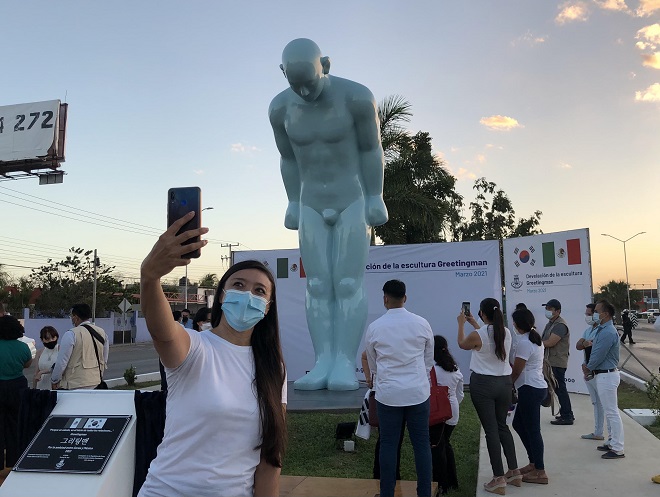 SEOUL, March 19 (Korea Bizwire) — A sculpture built by a South Korean artist has made an appearance in the streets of Mexico.

On Wednesday (local time), the unveiling ceremony for “The Greeting Man,” designed by Yoo Young-ho, took place at the Republic of Korea Avenue, located in Merida, Yucatan.

The Greeting Man is a 6-meter statue crafted from turquoise aluminum that depicts a person making a cordial bow.

The sculpture was first set up in Montevideo, Uruguay in 2012, followed by Ecuador, Brazil, the United States and other countries. 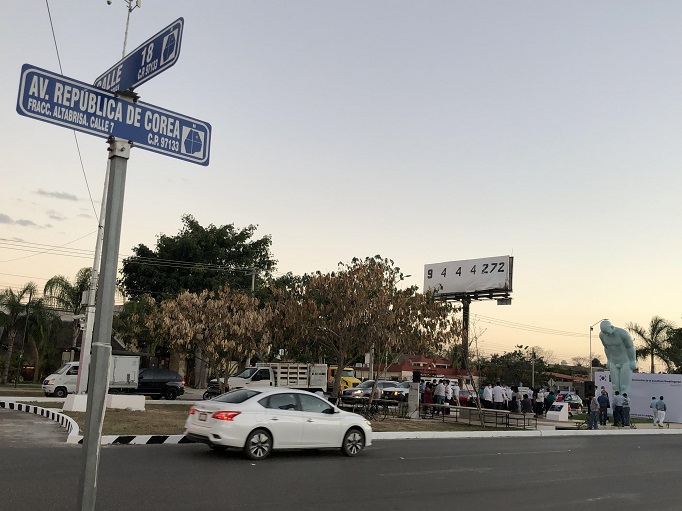 Most of the 1,000 Koreans who came to Mexico via Progreso Port in 1905 settled in Merida.

“The Republic of Korea Avenue is a populated area so many people will get to see The Greeting Man,” said Maria Eugenia Olsen Aguilar, a Korean descendant living in the city.