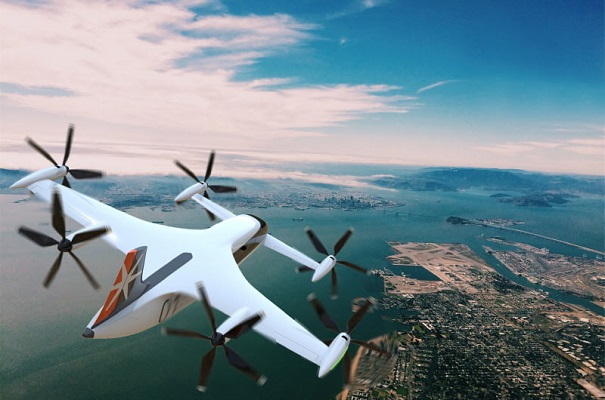 This file photo provided by PLANA shows its hybrid eVOTL flying in the sky.

SEOUL, Nov. 7 (Korea Bizwire) — South Korean startup PLANA is betting big on the hybrid-electric vertical take-off and landing (eVTOL) aircraft market and not on all-electric aircraft as they have certain challenges that must be tackled before commercialization, the company’s CEO has said.

Most startups have focused on developing battery-powered VTOL aircraft for air taxis and other services.

But now, some of them have realized that battery-operated aircraft have short flight range, lack of battery stability and lower profitability, PLANA CEO Braden Kim said in a recent interview with Yonhap News Agency.

So the executive decided to manufacture hybrid eVTOL equipped with a turbine generator and a battery pack, and his company has attracted 14 billion won (US$9.8 million) from financial investors in the first round of fundraising.

PLANA considers starting the next round of fundraising in the second quarter of next year.

The company has yet to decide on what environment friendly energy sources will be used in operating the turbine generator. It cited hydrogen and bioethanol as possible options.

“Startups are leading the UAM market and, unlike conglomerates, will have more business opportunities as they can focus on the UAM business and make very fast decisions on key management issues,” he said, adding big companies have good capital and broad networks, but they are usually less competitive in terms of speed.

PLANA plans to produce an aircraft that is one-fourth the size of a hybrid eVTOL aircraft by early next year and complete its test flight in the first half of 2023.

It aims to test a full-scale aircraft, which can carry four to six passengers with one pilot with a cruising speed of 300 kph and a flight range of more than 500 km, in 2028.

PLANA’s full-sized aircraft will weigh 3 tons and be 15 meters in length, Kim said.

To enter the hybrid eVTOL aircraft market, the company has to obtain certification from the U.S. Federal Aviation Administration (FAA), among others.

The executive described obtaining the certification as the “biggest challenge” for the company to start the hybrid eVTOL air taxi business in global markets.

PLANA is moving to set up a U.S. office next year to begin the process to obtain the FAA certification.

“U.S. electric aviation companies, like Joby Aviation, Archer Aviation and Beta Technologies, are pushing the FAA to make certification standards for eVTOL aircraft that didn’t exist before. We expect such U.S. (or global) standards as early as in 2024,” he said.

PLANA has to submit its test results in all aviation environments required by the U.S. aviation agency and meet the requirements for the certification.

To cover the testing costs, PLANA aims to list its shares on the U.S. stock market in 2026 to raise funds of about 1 trillion won.

“If we succeed in winning the U.S. certification, we are targeting to commercialize our hybrid eVTOL aircraft initially in the U.S. market in 2028 and then East Asia, which has many islands, and Europe, which is keen to cut emissions,” the Korean native said.

He said there is a “market understanding” that the hybrid eVTOL aircraft will have less difficulties in launching its air taxi services compared with fully electric aircraft as they can operate like helicopters.

“Helicopters are everywhere, and we will be able to replace the existing helicopter market as our aircraft is the hybrid-electric version of the helicopter (in terms of functions and size) and can travel more than 500 kilometers,” he said.

PLANA said it will start with inter-city air taxi services rather than inner-city services due mainly to strict regulations in heavily populated areas. 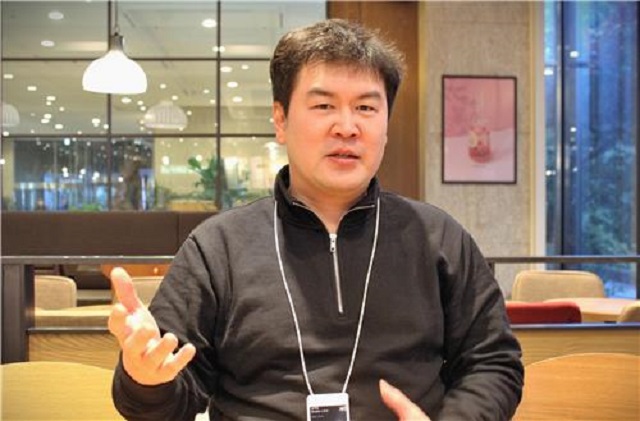 In its preemptive steps, PLANA signed a letter of intent with Electric Power Systems (EPS) last week to deploy the U.S. firm’s battery systems for its hybrid eVTOL aircraft.

PLANA is “in talks” with aircraft engine companies from the United States and Europe for technology partnerships. General Electric Co. and Rolls-Royce Ltd. appear to be possible turbine engine suppliers for PLANA.

The company has hired nearly 50 engineers who have a job career at global names, such as Hyundai Motor Co., Airbus SE, Rolls-Royce Holdings, and Samsung Electronics Co. It aims to increase the number of employees to 120 by 2023 and 200 by 2024.

The market opportunities for eVTOL/UAM could be far bigger than investors think, but it may require decades to reach high volume commercialization, the U.S. investment bank said in a research note.

“In our minds, the birth of eVTOL/UAM at scale is not a matter of ‘if’ but rather when, how and what must be overcome along the way,” it said.

PLANA expects the hybrid eVTOL will bring a paradigm shift in the airline industry as smartphones did in people’s daily lives in less than a decade.

Combustion engine aircraft have dominated the market for the past 120 years, but it is high time for a hybrid-electric aircraft to replace some of the traditional planes, Kim said.

“This is the only opportunity for startups to generate a hybrid-electric aircraft market by 2030, and leading players will continue to gain a bigger share after 2030.”