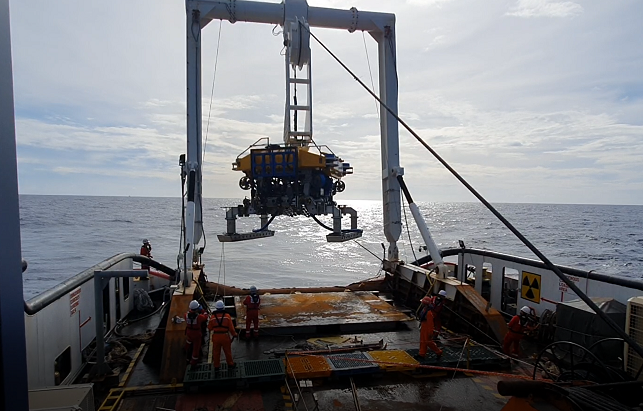 The robot is a part of an underwater construction robot development project carried out by the Ministry of Oceans and Fisheries.

Developed in 2018, the robot is currently being tested for field capacity and functionality before entering the commercial market.

Early this month, the government sent URI-T to Vietnam to bury gas pipelines under the seabed.

The robot, based on the technical support from the Korea Institute of Robotics and Technology Convergence, is drilling underground tunnels for the pipelines. 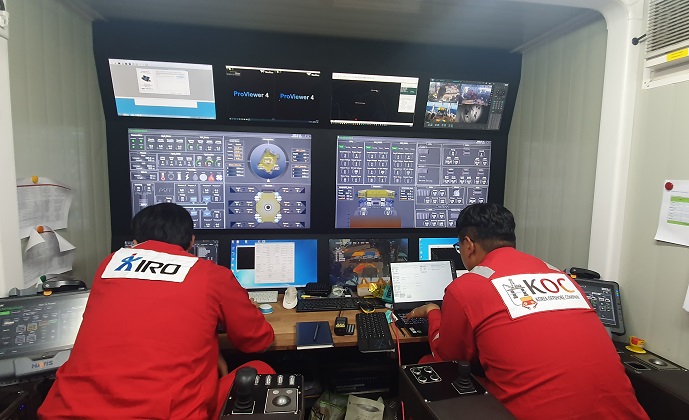 The robot is capable of burying cables or pipelines on sea beds 2,500 meters under water, burying them as deep as 3 meters underground.

It works at speeds of up to 2 kilometers per hour, which is twice the speed of competing products.

The robot also comes with devices to track down cables and pipelines, severance tools, and other maintenance equipment to maximize efficiency, the Ministry of Oceans and Fisheries explained.