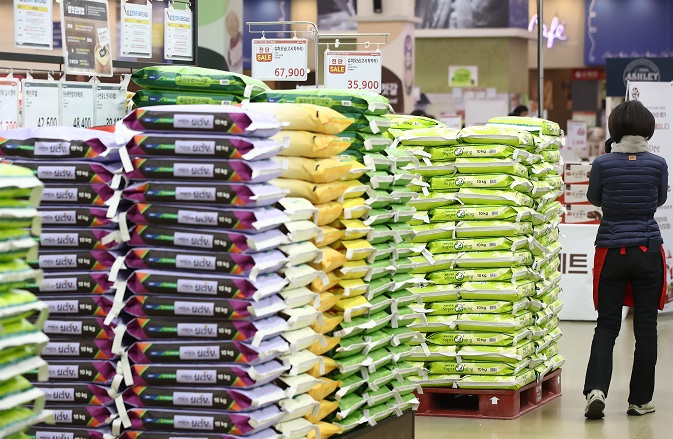 The average South Korean consumed 57.7 kilograms of rice in 2020, down 2.5 percent or 1.5 kilograms from the previous year, the Ministry of Agriculture, Food and Rural Affairs said, citing the data compiled by Statistics Korea.

The consumption fell below the 60-kilogram threshold for the first time in 2019.

“South Koreans opted for different grains instead of mainly consuming white steamed rice, as more people enjoyed western-style meals while becoming more aware of their health,” an official from the statistics agency said.

“The overall consumption also decreased as family ceremonies and various events were canceled amid the COVID-19 pandemic, while the demand from cafeterias also fell,” the official added.

The combined amount of rice used by food producers dropped 12.6 percent over the period to reach 650,000 tons as demand for rice-based alcoholic beverages or snacks declined.

Meanwhile, South Korea said it plans to gradually release 370,000 tons of reserved rice into the market this year to cope with a supply shortage currently estimated at 160,000 tons due to weather conditions.