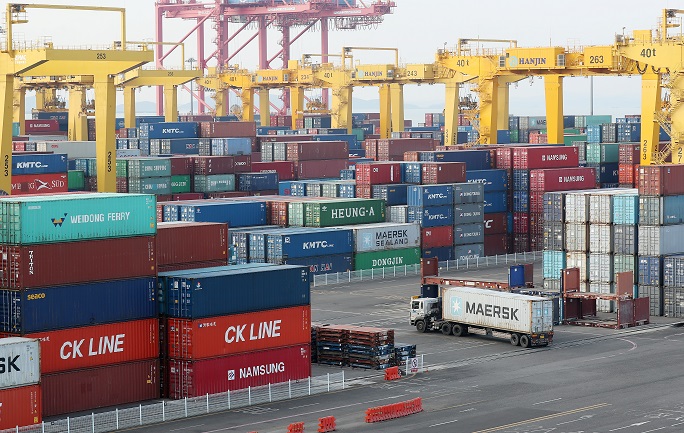 SEOUL, Feb. 23 (Korea Bizwire) — South Korea’s economic growth rate ranked third among major economies across the globe in 2020 despite an on-year contraction due to the coronavirus pandemic, data showed Tuesday.

Asia’s fourth-largest economy contracted 1 percent last year from a year earlier, but it posted the third-best performance among 15 major nations, according to the data from the Organization for Economic Cooperation and Development (OECD).

China, the world’s No. 2 economy, was the top performer with a 2.3 percent on-year expansion, followed by Norway with a 0.8 percent contraction.

The British economy shrank 9.9 percent on-year in 2020, with the Spanish economy nose-diving 11 percent.

South Korea’s solid performance was bolstered by a rebound in exports, its main growth engine, and more government spending to tackle the fallout from the coronavirus outbreak.

Stung by the pandemic, South Korea’s exports tumbled more than 20 percent in April and May before growing 4.1 percent and 12.6 percent in November and December, respectively, thanks to rising overseas demand for chip and other key products.

As part of efforts to cushion the economy from the COVID-19 impact, the government came up with a series of extra budgets.

In December last year, the OECD predicted the South Korean economy to grow 2.8 percent in 2021 from a year earlier, the 29th highest among 50 major nations in the world.

China is projected to register the highest growth rate of 8 percent, with France and Spain forecast to expand 6 percent and 5 percent, respectively, thanks to the so-called base effect.