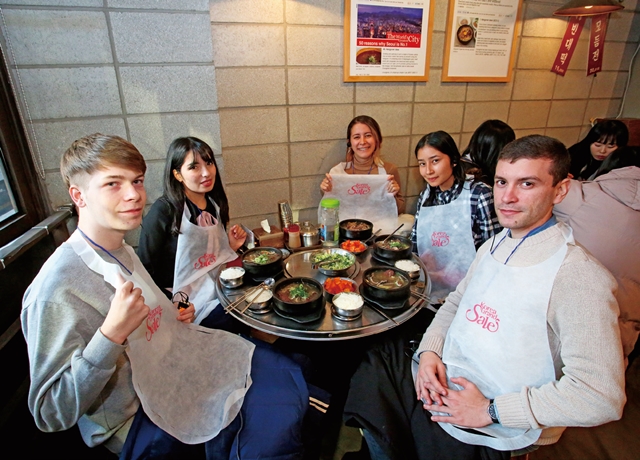 The festival will be a “comprehensive gift package” for foreign tourists, with a record-high number of some 1,000 South Korean retailers and service providers joining the event, according to the Visit Korea Committee.

Along major tourist routes across South Korea, the participating companies will provide up to 50-percent discounts on accommodations, goods, transportation, food, museums and amusement park tickets for foreign tourists, the committee noted.

Under the theme, “Inviting you to the Korea Grand Sale,” the 2020 festival will also offer a package of Korean culture-inspired promotion events in celebration of the 10th anniversary of the tourist shopping festival.

The events include special admissions to major K-pop programs, such as the annual “M Countdown” TV show by K-pop channel Mnet and the Seoul Music Awards set for January.

Eight Korean air carriers, including Korean Air and Asiana Airlines, will provide up to 95-percent discounts on some 100 flight routes to South Korean cities during the festival while discounts on land transportation services will also be available for tourists from outside of the country.

Some 300 hotels across South Korea will also join the festival, providing up to 80-percent discounts, according to the committee.

“The committee will put on Korea Grand Sale 2020 with the tourism industry in a way it can provide feel-good shopping experiences and opportunities to experience and consume Korea’s various cultural contents,” a committee official said.

Combined sales from the annual wintertime tourism festival came to 1.25 trillion won (US$1.07 billion) this year, surpassing the 1-trillion won threshold for the first time in the festival’s 10-year history.