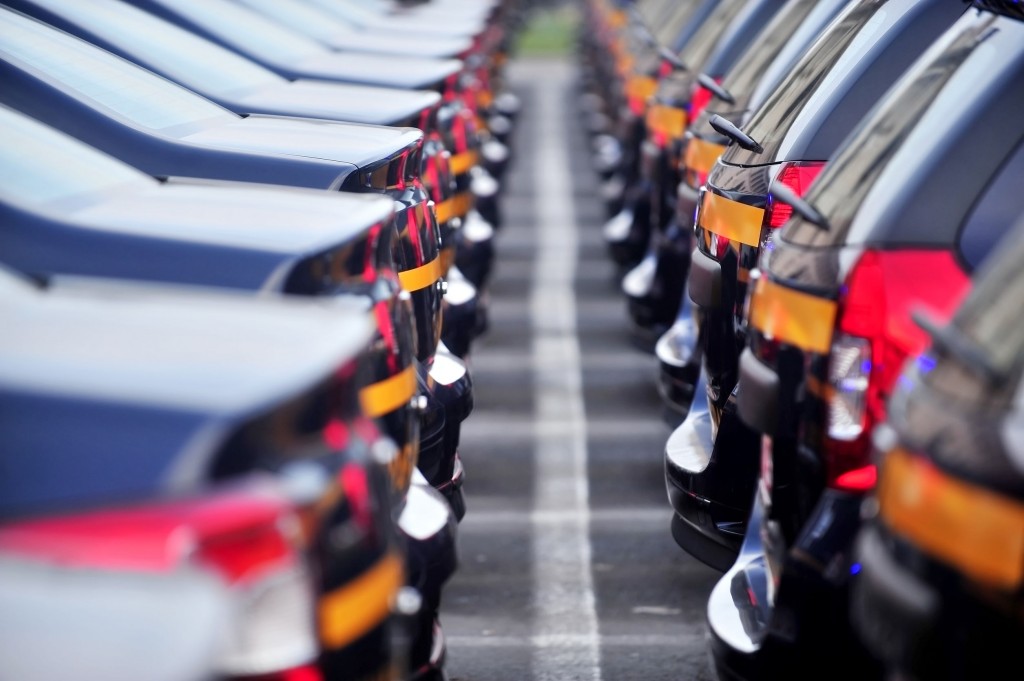 The total value of overseas shipments slid 14.8 percent on-year to US$2.3 billion in August, with a 32.1 percent on-month drop. (image: KobizMedia/ Korea Bizwire)

Outbound shipments of vehicles came to 142,987 units last month, down 18.6 percent from 175,610 units tallied a year earlier, according to the Ministry of Trade, Industry and Energy.

The August figure marked the smallest monthly export tally since August 2009, when it hit 141,189.

The total value of overseas shipments slid 14.8 percent on-year to US$2.3 billion in August, with a 32.1 percent on-month drop.

For the first eight months of the year, car exports tumbled 14.3 percent on-year to 1.7 million units.

“The sharp decline is derived from contracted demand in emerging countries and partial strikes at local carmakers,” the ministry said.

Unionized workers of South Korea’s leading carmakers — Hyundai Motor Co. and Kia Motors Corp. — staged a series of strikes in July and August, causing a production disruption to some extent over the period.

Meanwhile, total output by five local carmakers slumped 23.8 percent on-year in August to 217,097 units from 284,826 due to the summer vacation period and the walkouts.