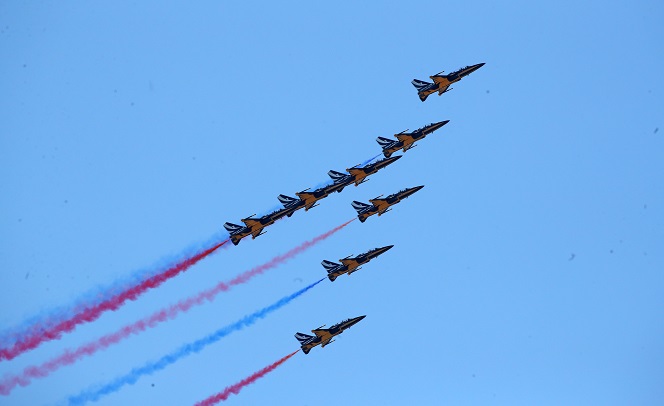 The Black Eagles team will join the Australian International Airshow and Aerospace & Defence Exposition slated to take place from Feb. 28 to March 5 at Avalon Airport in Geelong, as part of military diplomacy to promote South Korean-made aircraft, according to the Air Force.

The armed service had considered sending the team of 12 pilots and eight T-50B supersonic trainer jets to the show last year, but it was canceled due to COVID-19.

The Black Eagles team has made visits to Poland, Egypt and the Philippines this year to promote South Korea’s efforts for defense exports, after it performed at the Royal International Air Tattoo in Britain in July.

South Korea and Australia have recently stepped up security cooperation, with the two countries’ Air Forces signing an arrangement earlier this year to cooperate in aerial refueling.