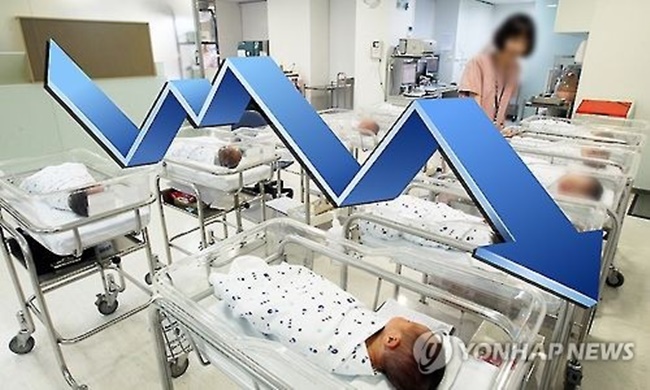 The latest number also marked the lowest number of new childbirths for any February since 2001, when the statistical office started to compile such data. (Image: Yonhap)

SEJONG, April 27 (Korea Bizwire) – The number of childbirths in South Korea fell for the 15th month in a row in February amid a deepening trend of late marriage and a rapidly aging population, a government report showed Wednesday.

Childbirths have been on a decline since a 3.4 percent on-year gain in November 2015.

The latest number also marked the lowest number of new childbirths for any February since 2001, when the statistical office started to compile such data.

But it is higher than an all-time monthly low of 27,200 newborns set in December last year.

The low birth trend has continued for decades in South Korea, raising concerns that the low birth rate would reduce the workforce in the country and drive up welfare costs, undermining the growth potential of Asia’s fourth-largest economy.

The number of babies born in 2016 reached a record low of 406,300, despite the government-led promotions and incentives to encourage young people to have more babies.

At the same time, 8,900 couples divorced over the cited period, up 9.9 percent from a year earlier.

The number of deaths came to 22,900 in February, down 6.9 percent from a year earlier, the report showed.