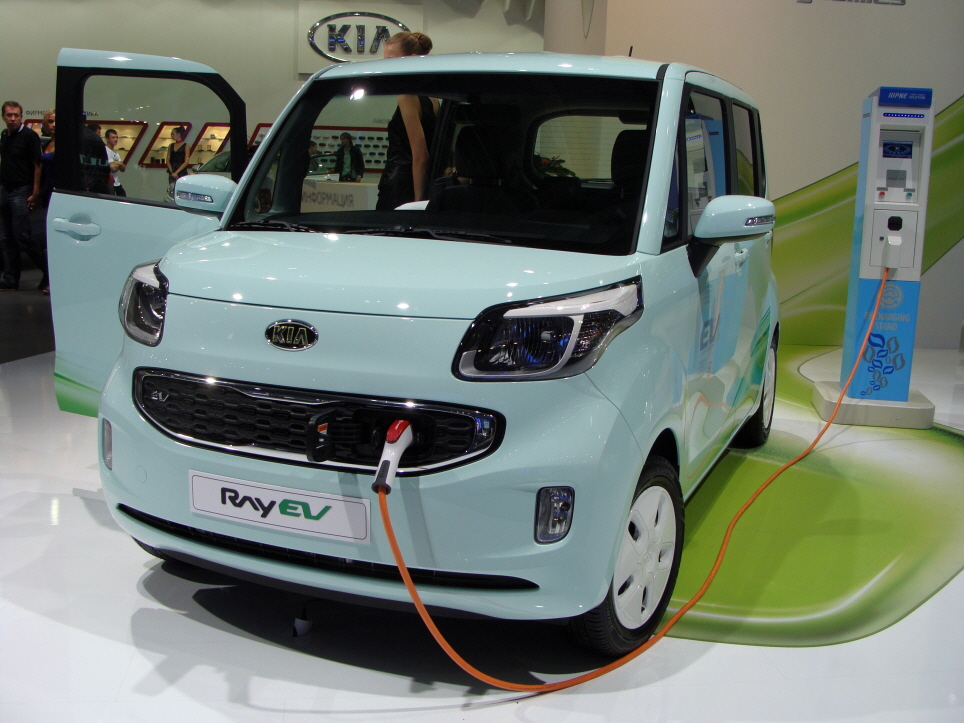 As of the end of last year, the number of registered battery-powered cars in the country stood at 3,044 units, with subsidies to be provided for 3,090 units this year. (image: wikipedia)

SEOUL, Apr. 14 (Korea Bizwire) — South Korea’s electric vehicle (EV) market is anticipated to expand more than fivefold by next year on the back of government subsidies to boost sales of the eco-friendly cars, ministry officials said Tuesday.

As of the end of last year, the number of registered battery-powered cars in the country stood at 3,044 units, with subsidies to be provided for 3,090 units this year, according to the Ministry of Environment.

With the addition of 150 billion won (US$136.82 million) that the environment ministry has requested as an annual budget for 2016 to help buyers purchase a total of 10,000 EVs, the combined figure is expected to reach 16,134 units, about 5.3 times the current amount, ministry officials said.

In line with the government’s moves to increase growth of the electric car market, automakers are also pushing to launch new EV models, as well as lower the price of existing models.

South Korea’s top carmaker, Hyundai Motor Co., said it is planning on releasing such a vehicle for the first time in 2016.

“We will be launching an EV sometime next year,” a Hyundai Motor official said. “There are not enough charging stations in the country, but as the necessary infrastructure is established, the EV market will expand rapidly, and we are getting ready for that time.”

Others that have already introduced EV models of their own, including Kia Motors Corp., Renault Samsung Motors Co., GM Korea Co. and BMW AG, have also set out to cut prices or provide similar benefits, according to industry watchers.

As part of plans to help popularize EVs, the government will build more charging facilities throughout the country.

“Currently, there are 237 EV chargers in South Korea, but we will set up 100 more this year at expressway service areas to help drivers travel long distances,” a ministry official said.