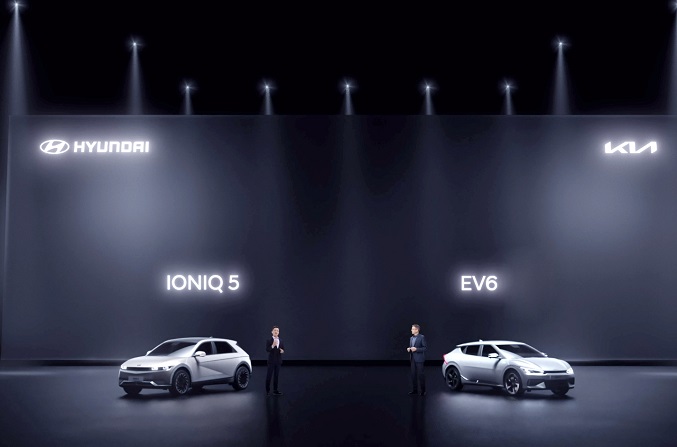 This photo, provided by Hyundai Motor Group, shows the Hyundai IONIQ 5 and the Kia EV6 all-electric models at an online media event in China on April 15, 2021.

A total of 71,006 EVs were sold in Asia’s fourth-largest economy in the January-September period, up 96 percent from a year earlier, according to the data from the Korea Automotive Technology Institute.

South Korea’s tally accounted for 5.5 percent of all new vehicles sold in the country during the period, lower than China’s 9.4 percent but higher than 2.3 percent for the U.S.

Global EV sales came to 3.01 million units in the first nine months of the year, exceeding the 3 million mark for the first time.

South Korean auto giant Hyundai Motor Group sold 159,558 EVs during the period, up 67 percent from a year ago and the fifth-highest in the world.