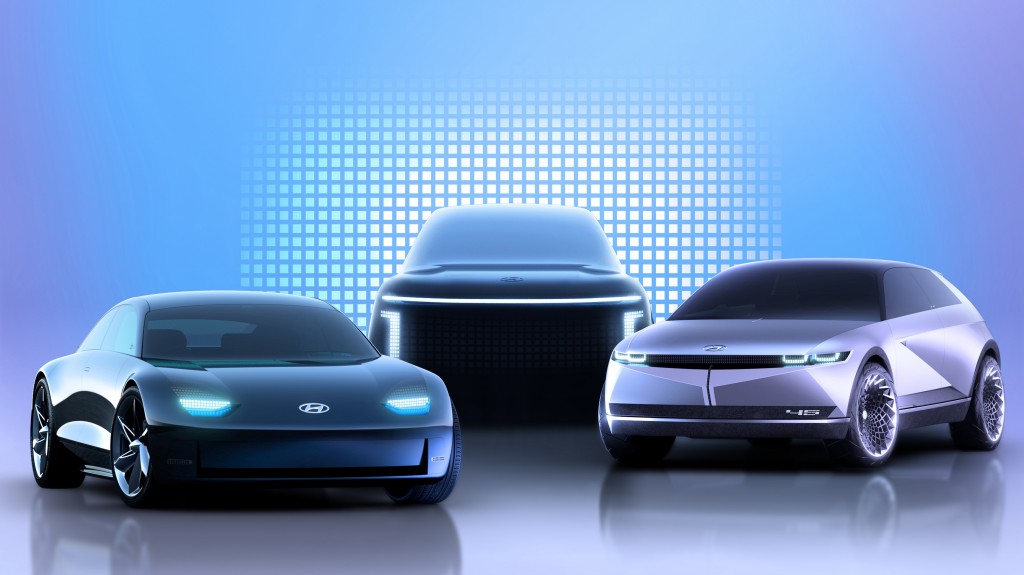 This rendering, provided by Hyundai Motor, shows the Ioniq 6 sedan, Ioniq 7 SUV and Ioniq 5 CUV (from L) to be launched under its IONIQ EV brand by 2024. (Image credit: Yonhap)

Outbound shipments of eco-friendly cars, including electric vehicles, reached US$3.16 billion in the January-June period, taking up 20 percent of the country’s total automobile exports, according to the data compiled by the Korea International Trade Association (KITA).

Over the cited period, however, South Korea’s overall exports of cars dipped 27.3 percent to reach $15 billion as the COVID-19 pandemic has undermined consumer sentiment around the world.

Exports of eco-friendly cars reached $5.9 billion for all of 2019, up from $3.6 billion posted two years earlier, KITA added.

“South Korea’s exports of eco-friendly cars are expected to continue to grow down the road as the government is also lending a hand to the segment,” KITA said in its report.

In May, the country said eco-friendly cars will take up at least 90 percent of the combined automobiles owned by governmental bodies by 2030, in line with the country’s new energy drive that centers on breaking away from traditional sources of fuel.

South Korea’s overall exports, meanwhile, extended their slump to a sixth month in August as the resurgence of the new coronavirus around the globe continued to strain business activities.

In August, exports of cars fell 12.8 percent on-year. Shipments of electric automobiles, however, edged down by a smaller margin of 2.3 percent.