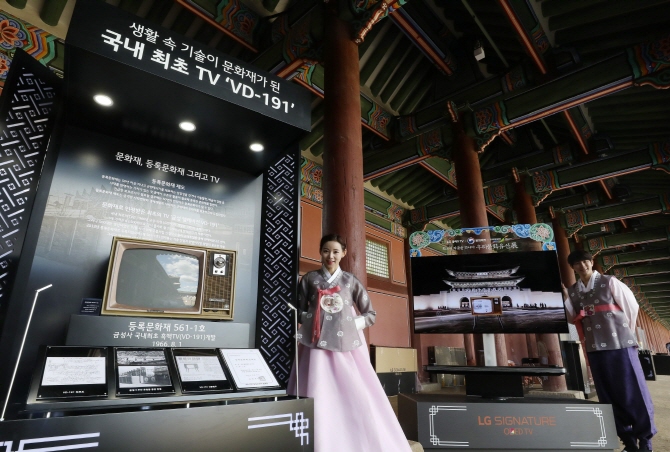 Online auction house Kobay Auction said Wednesday that a VD-191, a 19-inch black-and-white TV manufactured by Goldstar in August 1966, had been put up for an online auction that will take place on April 7 at 6 p.m.

Starting at a bidding price of 25 million won (US$20,500), the VD-191 is the same model that was designated by the country as a National Registered Cultural Heritage in August 2013.

A manual channel-changing device and a volume control knob are placed on the front of the TV, on top of the so-called ‘crane-leg’ stand.

A similar model that came up on a previous Korbay Auction sold for 30 million won.

“This particular item isn’t the National Registered Cultural Heritage itself, but the same model,” Korbay Auction said. “It comes with a purple screen saver, driving up its value.”

“The TV’s consumer price at its time of release was 60,000 won, which was five times the amount of what an average person would earn in a month (12,000 won),” the auction house added. “Despite its exorbitant price, however, people still had to draw lots to buy them.”