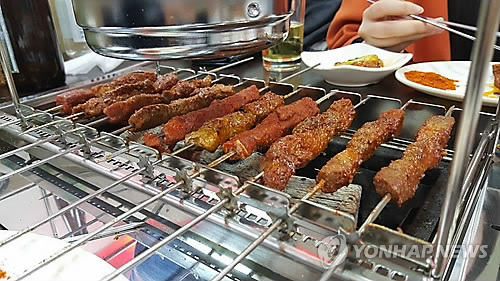 SEJONG, Apr. 6 (Korea Bizwire) — Imports of lamb topped a new record high last year on the back of rising demand for the meat in South Korea, official data showed Friday.

The country’s imports of lamb hit US$109 million, up 81.5 percent from $60 million tallied in 2016, according to the data compiled by the Korea Customs Service.

In the first two months of the year, inbound shipments of lamb surged 20 percent on-year to reach $22 million, the data showed.

Over 91 percent of lamb came from Australia, the latest data showed.

Barbecued lamb chops and skewered lamb with a mixture of spices have become ever more popular here in recent years, leading to more restaurants that serve Chinese-style roasted lamb, which used to operate only in local Chinatowns.