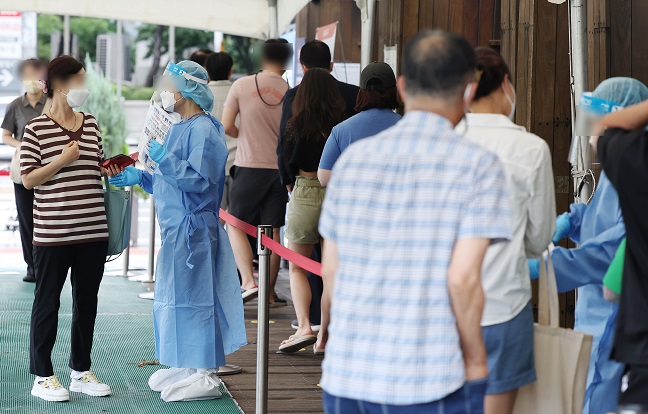 SEOUL, Aug. 10 (Korea Bizwire) — The number of new daily COVID-19 cases in South Korea reached a four-month high Wednesday, as the nation grapples with the fast spread of a highly contagious omicron subvariant.

The number of seriously ill patients also rose to 402, up from 364 on Tuesday.

As of 9 p.m. Wednesday, the country had reported 131,518 additional cases, down 14,846 from the same time the previous day, according to health authorities and provincial governments.

Daily COVID-19 cases have trended downward after peaking at around 620,000 in mid-March. But since authorities lifted almost all anti-pandemic curbs in April, infections have shown signs of spiking again, apparently due to increased movement and public gatherings.

Health authorities said the latest wave of infections is likely to top the 200,000 level soon and likely reach its peak next week.

About 6.33 million people, or 12.3 percent of the population, had gotten their second booster shots, the KDCA said.

Imported cases have been on the rise, with their daily number standing above the 400 mark this month, which is sharply higher than before the curbs were lifted.