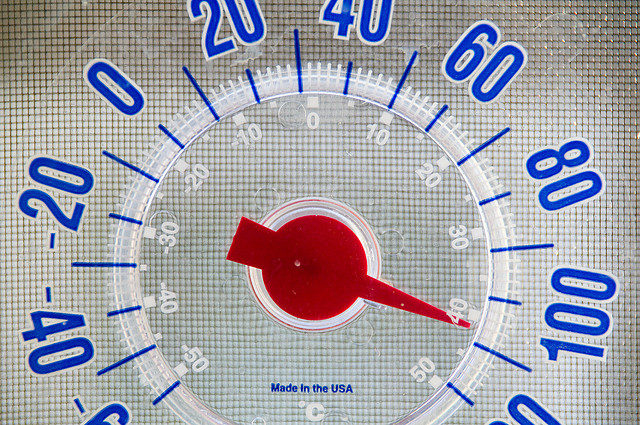 According to recent court cases, the range of temperature at which the plaintiff can safely win a liability suit was 34-36 degrees Celsius. The court, however, tended to consider the temperature around 30 degrees as a normal summer weather pattern. (image: dolanh/flickr)

SEOUL, July 14 (Korea Bizwire) – Amid the hot, humid weather consistently over 35 degrees Celsius (95 degrees Fahrenheit), whether one can get compensated for damages while working under unusually hot weather has become at issue.

According to recent court cases, the range of temperature at which the plaintiff can safely win a liability suit was 34-36 degrees Celsius. The court, however, tended to consider the temperature around 30 degrees as a normal summer weather pattern.

For example, in a 2008 case in which the family of a deceased who died of heatstroke while working in the construction site for Incheon International Airport demanded compensation, the judge ruled that the defendants (insurance company and the airport operating company) pay 70 million won to the plaintiffs. Before the victim died, the daytime temperature had been over 30 degrees for more than two weeks.

The judge said in a statement, “The company was responsible for preventing dehydration or heat exhaustion, for which it was negligent. But the victim was also partially responsible for taking care of himself.” The liability to the company was thus limited to 70 percent of the total restitution amount demanded.

In another case in which the Seoul Administrative Court handled, a plaintiff who suffered from a cerebral stroke after driving a company car for three consecutive days with a broken air-conditioner under the temperature between 27 and 33 degrees challenged a decision by the insurance company not to pay for convalescence cost. The court ruled in favor of the plaintiff saying, “The malfunctioning air-conditioner exacerbated the plaintiff’s medical condition.”

In contrast, however, the same court dismissed in 2010 a demand for compensation to the Korea Workers’ Compensation & Welfare Service by a former steel rebar placer who fell on the ground due to intracerebral hemorrhage under the average temperature of 25.6 degrees (highest temperature at 29.4 degrees).

In the same year, the Daejeon District Court ruled against the family of a victim who died from heat stroke while working on arranging reinforcing bars, saying that the temperature at the time of the accident was below 30 degrees Celsius and there was little problem with ventilation.

According to the Ministry of Health & Welfare, the number of those who died or fell ill from the heat wave this year until June 25 was 146. It remains to be seen whether lawsuits asking for compensation for damages due to hot summer weather.