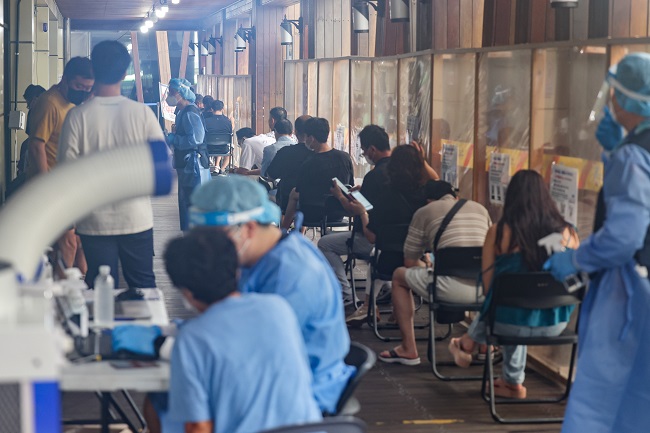 The country added 119,922 new COVID-19 infections, including 600 from overseas, bringing the total caseload to 20,052,305, the Korea Disease Control and Prevention Agency (KDCA) said.

Wednesday’s figure was the highest after April 15 when the daily caseload was 125,822 as the omicron variant BA.5 continued to spread rapidly. It also increased from the 100,252 cases reported a week ago.

The number of seriously ill patients rose to 284, the highest level in nearly three months and nearly three times the 92 cases two weeks ago.

Eased COVID-19 entry rules and a sharp rise in summer travelers led to record numbers of infection cases from overseas. Imported cases, which have stayed in the triple digits since June 24, hit an all-time high of 600 on Wednesday.

All the new cases were from overseas — one from Nepal and four from India — the KDCA said.

Of the total 14 cases of BA.2.75, 11 cases were imported from overseas while three were locally infected cases.