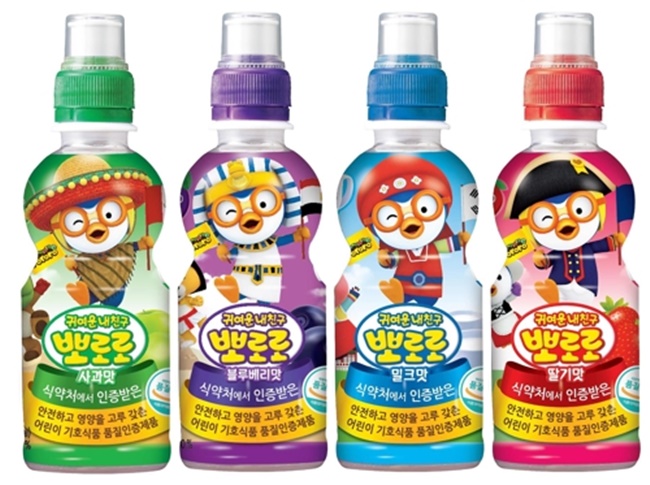 SEOUL, April 19 (Korea Bizwire) – Paldo Co., a local food company, said Thursday it has earned a halal certificate for its kids drinks as it moves to bolster overseas sales.

Pororo Drinks recently gained certification from the Indonesian Council of Ulama, or MUI, marking the first such case for beverage products targeting children, the company said.

Halal food refers to products that are prepared in a specific way according to Islamic Sharia law, which covers not only meat but also fruits and vegetables.

Launched in 2007, the kids beverage brand is currently exported to some 40 countries with an annual revenue of 50 billion won (US$47 million) as of last year, according to the company.

Paldo said Pororo Drinks is the No. 1 product in South Korea’s kids beverage market, with half of the earnings coming from overseas. The company aims to raise the proportion to 60 percent in the near future.

The company said the size of Indonesia’s beverage market is estimated at $5 billion as of 2016, up 60 percent from 2012.

Sales of Pororo Drinks in the Southeast Asian country came to 5 billion won in 2017, accounting for 20 percent of total overseas sales, Paldo said.