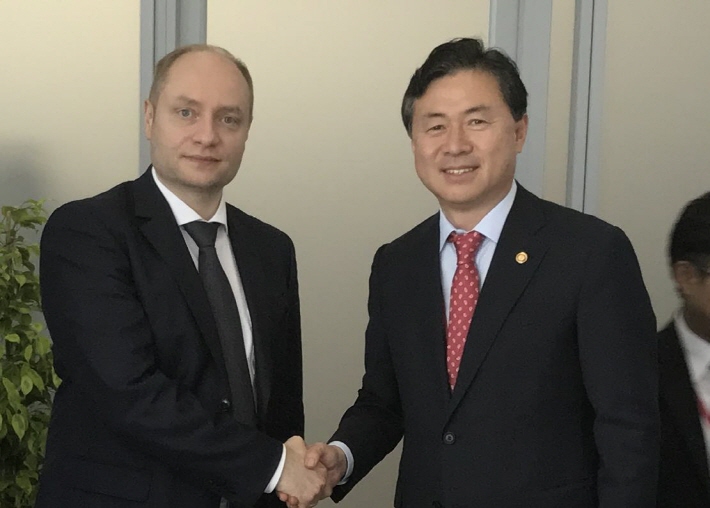 Korea Trading and Industries Co., Busan Port Authority and two other local companies signed a memorandum of understanding with Alexander Galushka, Minister for Development of the Russian Far East, to develop the complex in Vladivostok, the Ministry of Oceans and Fisheries said in a statement.

The project includes a seafood processing plant, a cold supply chain, a warehouse and a fishing boat pier, which will require 133 billion won (US$177 million) to build, the ministry said.

The preliminary agreement was reached after South Korean Oceans and Fisheries Minister Kim Young-choon met with Galushka to discuss ways to step up marine cooperation on the sidelines of the Eastern Economic Forum held in Vladivostok from Wednesday and Thursday.

“Russia is actively pushing to develop the Russian Far East, and the marine and fishery industry is one area that can result in visible progress through such efforts,” Kim said in a statement. “We hope that the Korean marine industry can expand their presence not only in fishery but also in the fishery processing, port and shipping areas as a result of the latest economic forum.”

The Russian Far East covers 36 percent of the country’s territory, but has less than 5 percent of its population. About 65 percent of all Russian marine products come from this region, but the region has poor infrastructure.