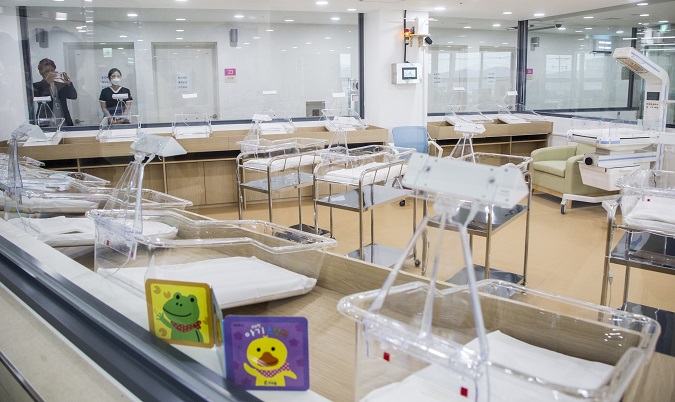 SEOUL, Dec. 9 (Korea Bizwire) — South Korea’s total population is expected to record its first decline this year, the statistics agency said Thursday, a grim assessment of its demographic situations amid the country’s chronically low birthrate, rapid aging and a decline in incoming foreigners during the pandemic.

The country’s total population is estimated to have peaked at 51.84 million last year before falling to an estimated 51.75 million this year and an estimated 37.7 million in 2070, according to the latest medium variant projection by Statistics Korea.

The latest projection is much bleaker than the agency’s previous estimate in 2018, when South Korea’s population was forecast to begin to decline in 2029.

The total population is calculated based on childbirths and deaths data and cross-border movements of foreigners who are living in South Korea for more than three months.

South Korea’s population suffered its first natural fall last year as the number of deaths outpaced that of newborns.

But its total population is expected to start to decline this year as childbirths hit all-time lows and inflows of foreigners have fallen amid the COVID-19 pandemic.

Many young people are delaying or giving up on getting married or having babies due to economic difficulties and changes in social norms. The number of those getting married sharply fell due to the COVID-19 pandemic.

The country’s total fertility rate — the average number of children a woman bears in her lifetime — hit a record low of 0.84 last year, much lower than the replacement level of 2.1 that would keep South Korea’s population stable at 52 million.

It marked the third straight year that the total fertility rate was below one.

The total fertility rate is forecast to nosedive to 0.7 in 2024 before rebounding to one in 2031.

“The fertility rate and the number of newborns are forecast to further decline over the next three and four years. Population aging is expected to proceed at the fastest pace in the world,” Kim Su-young, an official at Statistics Korea, told a press briefing. 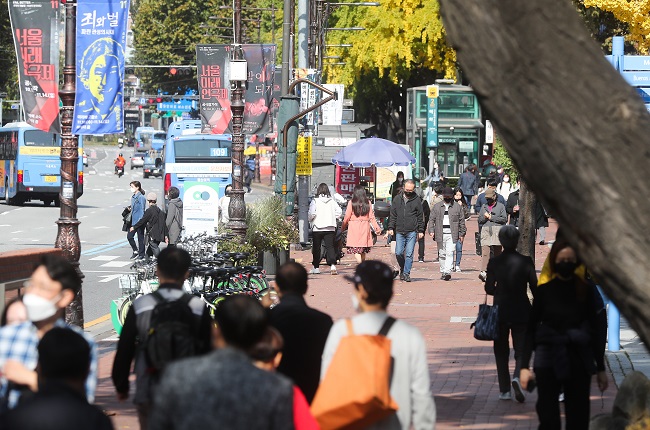 The fall in childbirths is feared to aggravate a major drop in the working-age population, a phenomenon known as a demographic cliff.

If this trend goes on, the working-age population will likely reach 17.37 million in 2070, making up 46.1 percent of the total population.

A continued fall in the working-age population spawns concerns that the country’s growth potential could be eroded.

Policymakers warned the country may face an “age quake” starting in 2030-40, an earthquake-like demographic shock from a fall in population and rapid aging, if it does not promptly tackle the issue.

The figure was the lowest among the 38 member countries of the Organization for Economic Cooperation and Development (OECD) last year. But it will be the highest among the OECD member states in 2070.