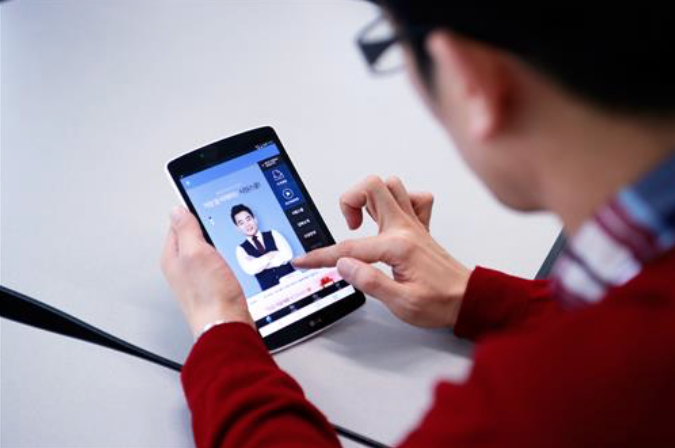 Hyundai Home Shopping explained that there is a greater number of male customers who are studying prior to retirement, or with hopes of getting a promotion. (image: Yonhap)

SEOUL, June 3 (Korea Bizwire) – Korea’s unyielding economic slump and more frequent corporate restructuring are driving employees to quickly prepare for a hazy future. These employees are referred to as saladents – a portmanteau of the words salaryman and student.

According to a retail industry watcher, Hyundai Home Shopping generated 30 billion won in revenue from sales of the Siwon-school Tab, an English-learning device. The device was first introduced on its channel in January, and has been aired 31 times in the past five months.

The device is based on LG’s G-pad 8.0 with an internal SD card, and offers its users a variety of English lectures without having to connect to any networks.

However, the more intriguing part of its popularity is that 59.8 percent of the purchasers were men. In Korea, there are usually twice as many female home shoppers as male customers, with a male-to-female ratio of 22:78.

Furthermore, 50 percent of all customers were in their 40s.

Hyundai Home Shopping explained that there is a greater number of male customers who are studying prior to retirement, or with hopes of getting a promotion. And they tend to prefer such devices that offer more convenient and unrestricted means of study in contrast to visiting private academies before or after work hours.

“In the past, parents would purchase learning devices for their children,” said Lee Sung-gu, senior merchandiser (MD) for Hyundai Home Shopping. “But more recently, it’s the saladents who want to improve their competitive advantage in society.”