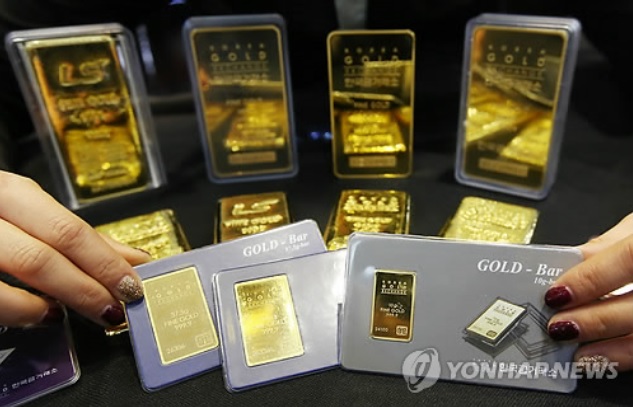 Sales of gold bars are expected to reach 200kg for the month of January and 2,000kg for 2015. (Photo courtesy of Yonhap)

SEOUL, Jan. 22 (Korea Bizwire) – Small investing in gold bars is gaining massive popularity in Korea. According to relevant industry experts, the sales of gold bars via the Korea Gold Exchange doubled from 704kg in 2013 to 1,383kg in 2014. The sales of gold bars during one month alone in December 2014 reached 381kg. Individuals with small to middle incomes are seeking a long term and safe deposit in gold.

Sales of gold bars are expected to reach 200kg for the month of January and 2,000kg for 2015. Up until the fall in 2014, gold bars were usually purchased in 1kg units, which sell for 50 million won. However, over the last several months, 70 percent of gold sales consisted of smaller 37.5g or 10g bars, which sell for 2 million won and 500,000 won respectively, making them affordable assets for small investors.

KB Kookmin Bank’s sales of gold bars less than 100g accounted for 94 percent of their overall sales, while sales of small gold bars at Hana Bank also accounted for more than 80 percent. Shinhan Bank also said that the 100g gold bars were the best selling bars, followed by the 10g bars.

Even the Korean cable home shopping industry is experiencing the gold fever. CJ O Shopping has been selling gold bars from last November, and recently had a surprising surge in its sales, receiving 1 billion won in gold bar orders during a one hour period. An individual with ties to CJ O Shopping said that the 100g bars were selling much faster than the 1kg bars, and that it seemed customers were interested in owning gold in bars rather than in accessories.

Industry experts are saying that the new popularity is due to Koreans’ new found preference for low risk assets amidst the current situation of actual interest hitting negative rates and the stagnation in real estate prices.