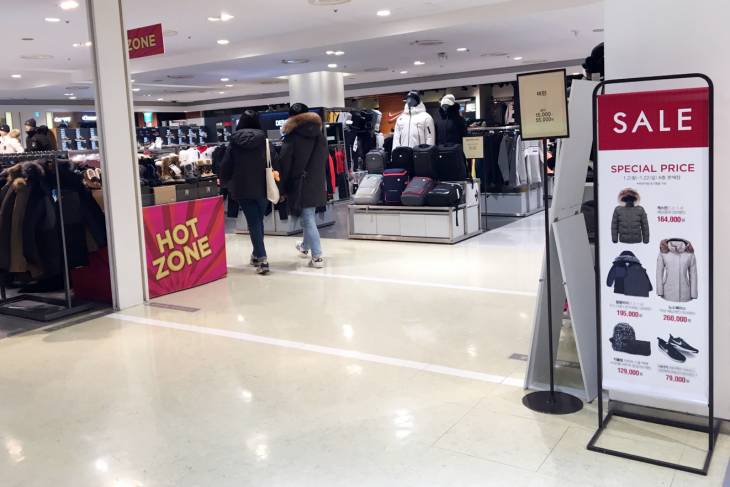 The current situation in the outdoor fashion industry is dire. (Yonhap)

LF, the apparel affiliate of LG Group, plans to gradually shut down all Lafuma stores, a French outdoor brand, by next year.

Millet Edelweiss Holdings Co., Millet’s Korean branch, was also found to be looking for companies interested in a potential take-over.

The current situation in the outdoor fashion industry is dire.

According to Samsung Fashion Institute, the South Korean outdoor fashion market, which was as large as 7.1 trillion won (US$6.1 billion) back in 2016, shrank to only 4.5 trillion won by 2017.

Outdoor fashion companies have also been struggling to survive.

Experts argue that the outdoor fashion industry’s struggles are the result of the overall economic downturn, excessive competition, and the rise of the casual fashion industry.

Hiking apparel, once signature products made by outdoor fashion companies, have also been taken over by golf wear brands.

With a strong impression among South Koreans that outdoor fashion is for the older generations, younger South Koreans are also shunning outdoor brands.

“Too many companies are competing in an overheated market, which has resulted in excessive competition as well as slower technological advances,” said a source familiar with the industry.