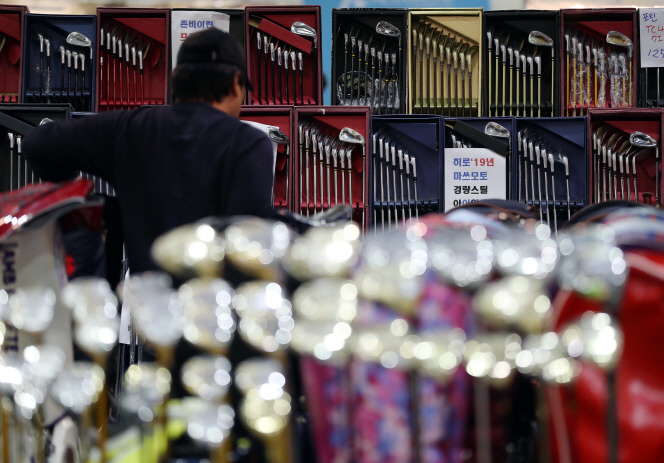 Sales of golf accessories over the last month had increased by 25 percent compared to the same period last year. (Yonhap)

SEOUL, Mar. 18 (Korea Bizwire) — With spring just around the corner in South Korea, the warm weather is attracting people to engage more in outdoor activities, boosting sales of golf equipment.

Despite severe air pollution that has blanketed the Korean peninsula in recent months, and undermined sales of outdoor sports gear, golf equipment has been the only exception to a broad industry decline.

Sales of drivers have increased by 51 percent, irons by 19 percent, and golf balls by 50 percent. Sales of lost balls, affordable golf balls normally used for practice, have jumped by 162 percent.

Considering that the country suffered from severe air pollution early this month, the rise in golf equipment sales is rather remarkable.

Other goods that normally benefit from increasing golf equipment sales, such as bicycles/boards (7 percent), baseball equipment (-3 percent) and badminton accessories (8 percent), have either narrowly increased or dropped in sales.

“Golfers have waited long enough during the winter. They don’t seem to be hesitating to go outdoors despite the fine dust,” said Gmarket. “Indoor golf ranges and other training fields may have contributed to the sales.”