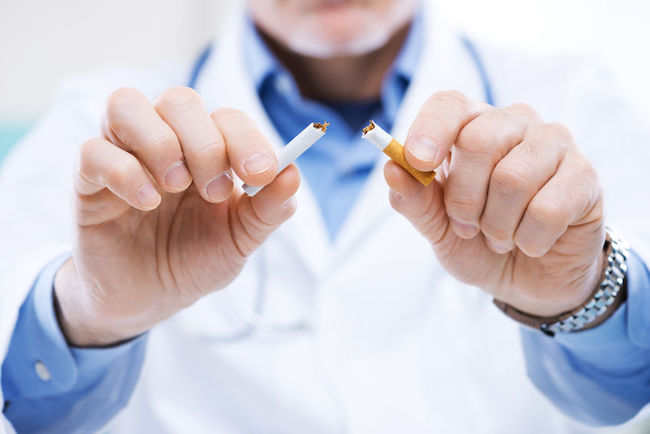 The most interesting result was that no matter how much a person smoked in a day, they still had the same risk of arteriosclerosis. (Image: Korea Bizwire)

SEOUL, Jan. 21 (Korea Bizwire) — Smokers often mistakenly think that reducing the number of cigarettes smoked in a day will lower their health risks.

However, studies have shown that even those who smoke a little bit have a significant risk of hardened arteries.

These findings were based on a study conducted by a research team at Chungnam National University Hospital, which looked into 218 smokers aged between 40 to 80 by examining abdominal CT scans.

The research team compared the risk of arterial hardening according to their smoking volume. The results were then published in the international Korean Journal of Family Practice.

The aorta is the largest artery that comes out of the heart and feeds the entire body with blood. When it is blocked, an aneurysm of the aorta occurs.

The main cause of an aneurysm of the aorta is the calcification of the blood vessels.

An aneurysm of the aorta is considered as a ‘ticking time bomb’ as it can cause massive internal bleeding and lead to instant death if the blood vessel bursts.

The research team analyzed the risk of calcification according to the lifetime smoking period of the participants.

The results showed that people who had smoked cigarettes for more than 20 years were 5.22 times more likely to experience calcification of the aorta than those who did not smoke.

The most interesting result was that no matter how much a person smoked in a day, they still had the same risk of arteriosclerosis.

Based on the study, the researchers noted that it was important to quit smoking completely in order to prevent vascular calcification, and that merely reducing the number of cigarettes consumed would make little difference.

No matter how difficult it is to quit smoking, one should stop smoking if concerned with one’s health rather than simply reducing the amount of smoking.