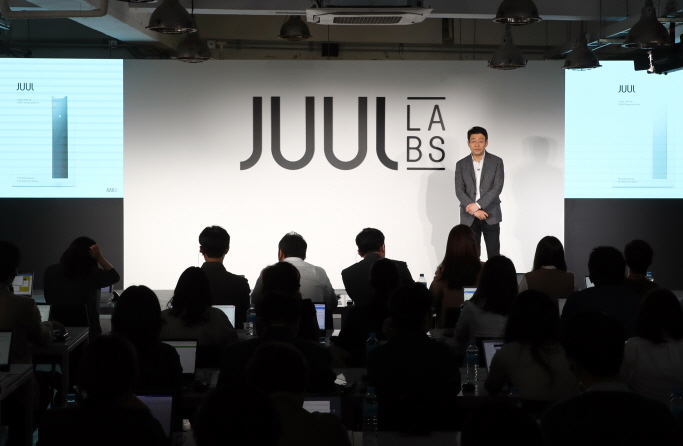 SEOUL, May 24 (Korea Bizwire) — South Korea will take steps, such as crackdowns on illegal sales, to prevent youths from accessing a new type of e-cigarettes that have become popular in many other countries, the health ministry said Friday.

The prevalence of e-cigarettes among adolescents is correlated with a rebound in the number of young smokers, as the closed system vaporizer-based e-cigarettes resemble normal flash drives, making them inconspicuous in the possession of young people.

These products that use easy-to-exchange liquid nicotine cartridges, release little smoke and do not give off the smell of conventional cigarettes, making it possible for them to be used without attracting much attention.

“Many foreign countries, such as the United States, are struggling to deal with young people smoking these new e-cigarettes, especially since using them can lead to nicotine addiction at an early age,” the ministry said.

Such a development can cause youths to go on buying cigarettes when they become adults, exposing them to all the health risks associated with smoking, according to the ministry.

Some manufacturers, such as Juul Labs Inc., are marketing cartridges that give off a sweet smell and can appeal to youngsters.

Juul Labs Inc. said earlier that its e-cigarette brand, the Juul, will be launched here soon. Rolled out by the San Francisco-based company in 2017, the Juul has become the most popular e-cigarette in the United States, with a market share of more than 70 percent as of September 2018.

The health ministry said it will clamp down on all illegal sales of such products to minors, with tobacco stores and other retailers being warned in advance.

Moreover, tougher restrictions will be imposed on the new type of cigarettes, even in smoking areas, as a means to curtail sales, according to the ministry.

Besides penalizing retailers, Seoul will take steps to make it easy for schools and parents to identify the novel e-cigarette, while highlighting the health risks for young people who are still in the process of growing, it said.

The smoking rate for South Korean men aged 19 or older steadily fallen since 2008 to reach a record-low of 38.1 percent in 2017, government data showed. The rate remains considerably high compared with other developed countries.

Government data also showed that 6.7 percent of students in middle and high schools were smokers in 2018.