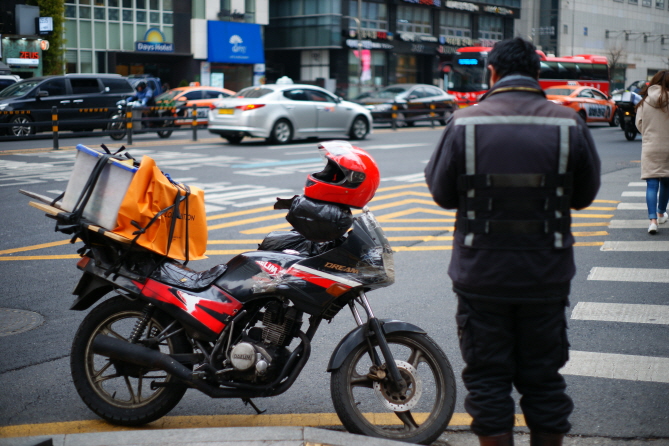 Whether a worker receives instructions from his employer is an important factor in legally recognizing them as laborers. (Yonhap)

SEOUL, Nov. 11 (Korea Bizwire) — More than half of the platform workers who work through digital platforms like the car-hailing service Tada were found to receive supervision from platform service providers.

The Korea Labor Institute said in a recent report that 53.5 percent of platform workers said they are subject to orders or restrictions from platform service providers on work regulations, working hours and service locations.

The study was conducted on 13,485 workers, 2.9 percent of whom were platform workers.

Whether a worker receives instructions from his employer is an important factor in legally recognizing them as laborers.

The report argued that half of all platform workers not only receive instructions from their employers, but also regard their work as a primary occupation essential to maintain their livelihood.

Platform workers are similar to salaried employees, except for the fact that they do not engage in any labor contract. Instead, they sign an outsourcing agreement as freelancers.

This allows platform companies to avoid the responsibility of paying for their social insurance.

The report argued that among platform workers, those deemed recognizable as salaried employees should be recognized as such, and should be duly protected by labor laws.

“The current institution of social security is based on an old concept of salaried employees versus self-employed workers, and should be overhauled,” said researcher Jang Ji-yeon, author of the report.

“Salaried employee-based social insurances, such as employment insurance, should be expanded to cover all employees,” she said.