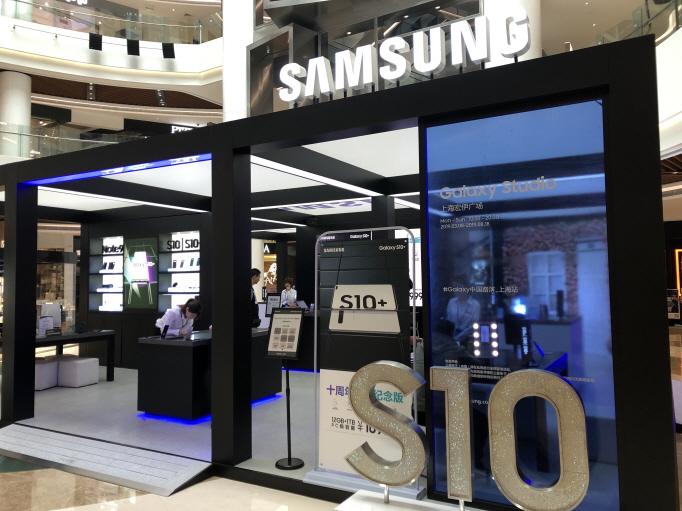 Samsung Electronics shipped 700,000 smartphones to China in the April-June period, accounting for a mere 0.7 percent of the market share in the world’s largest smartphone market, according to the data from market researcher Strategy Analytics.

The South Korean smartphone maker’s share in China has steadily retreated from 4.9 percent in 2016 and 2.1 percent in 2017, and hovered below 1 percent since the second quarter of 2018 before barely making up 1.1 percent in the previous quarter.

Huawei shipped 37.3 million units to take up a 37.3 percent share in the second quarter, followed by Oppo with 19.7 percent, Vivo with 18.5 percent and Xiaomi with 12 percent.

U.S. tech giant Apple shipped 6.2 million to China over the period to take the fifth spot.

In the global market, Samsung maintained its top smartphone vendor position with a 22.3 percent share, trailed by Huawei’s 17.2 percent in the second quarter, the researcher said.

“We expect Huawei will further gain ground during the second half of 2019 in the home market, at the expense of OPPO, Vivo, Xiaomi, and other small vendors,” Strategy Analytics in a report.

“In contrast, Huawei’s outlook in overseas markets remains gloomy and cloudy, given the ongoing US-China tension and the rising regulatory uncertainty in major western countries.”