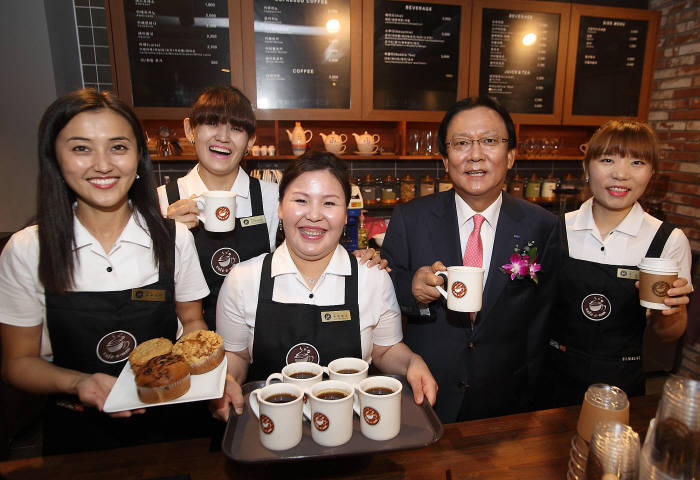 The café with the size of 61 square meters will be run and managed by four immigrant women who underwent a Barista course since last February. (image: Samsung Corporate Citizenship)

On September 30, Samsung opened a café named “E-eum,” meaning connection in English, at the student union building of Daegu University in Gyeongsan, North Gyeongsang Province. The café with the size of 61 square meters will be run and managed by four immigrant women who underwent a Barista course since last February.

An official at Samsung Corporate Citizenship, the group’s charity organization, said, “We hope the café E-eum could become a stepping stone for the immigrants by marriage for their self-reliance and at the same time it will act as an on-site education opportunity for students of the university improving their awareness on multiculturalism.”

LG will keep its corporate social responsibility activities by inviting 1,000 marriage immigrants from seven countries including China, Malaysia and the Philippines at some 30 retail shops across the nation to help them suffering from language barriers and culture differences.