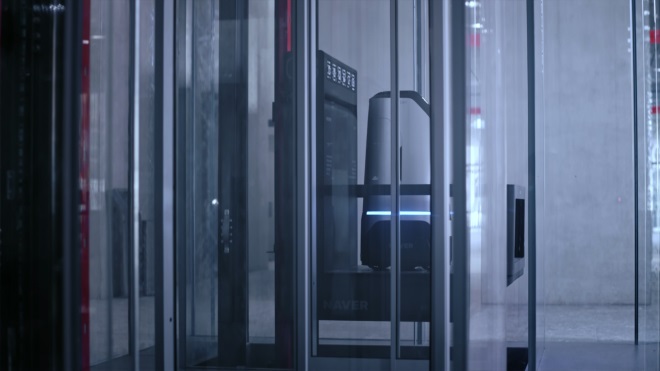 Roboport is the world’s first elevator dedicated to service robots.

More than 100 service robots will use Naver Cloud and ARC (AI, robot and cloud), a 5G-based multi-robot intelligence system, to automatically hail and ride the elevator.

The new elevator is the result of a two-year development project in which Hyundai Movex worked closely with Naver Labs and Naver.

The elevator system is comprised of 10 carriers (robot elevators) using a 128-meter-tall vertical guide rail and a traverser.

The system is implemented with a wide variety of cutting-edge technology, including operating algorithms, collision prevention and a robot-synced standby system to enable the control of numerous carriers at the maximum speed of 90 meters per minute.

Roboport controls 10 carriers to transport more robots, and the ARC control automatically allocates the number of carriers in sync with the amount of transport to maximize efficiency.