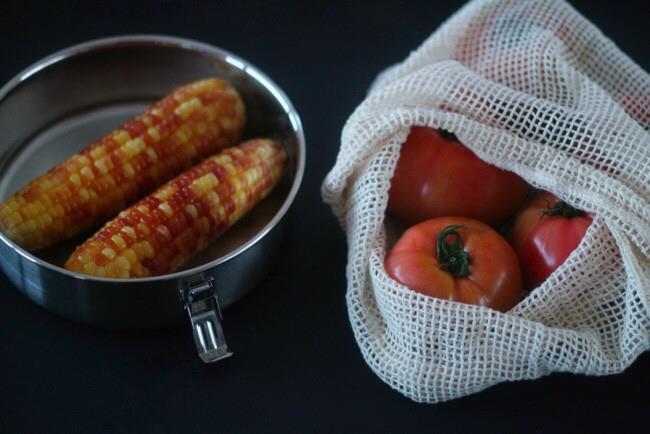 SEOUL, May 4 (Korea Bizwire) — Bae Min-ji’s ordinary day begins by boiling tap water to drink. The 29-year-old takes a shower using just a single bar of soap and brushes her teeth with a powdered toothpaste.

With a tumbler, small cloth bags, a spoon and chopsticks, she is ready to leave the house and live another plastic-free day.

Bae uses her tumbler to drink water or coffee when she is out, asks eateries not to provide disposable wooden chopsticks when she orders delivery food and shops at a traditional market on her way back home to avoid the plastic packaging that abounds in supermarkets. She instead uses her cloth bags to carry fruit and vegetables.

Just three years ago, Bae — who is now the editor-in-chief of Ssssl, an independent magazine focusing on minimizing waste — never imagined she would one day be striving to live without plastic waste.

Bae was a store manager at a local pizza franchise surrounded by countless disposable boxes and plastic coke bottles.

The transition was not easy, she recalled, but it was possible because there was a growing number of people to share her experience with.

“Feeling that I’m alone was one of the most difficult things in pursuing the plastic-free lifestyle, which is also why I wanted to make this magazine,” Bae told Yonhap News Agency in a recent interview. “But now, I can easily reach out to people who are likewise committed and share their experiences through social media, and that kind of interaction really keeps me going.”

Many South Koreans who pursue a plastic-free lifestyle say they began to have awareness of the environmental contamination problem after living the so-called minimalist lifestyle. 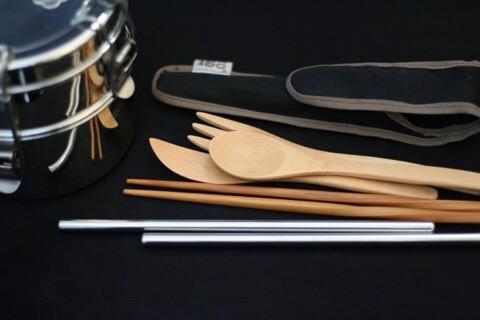 32-year-old writer Jeon Jae-eun the chopsticks, spoon and fork when she goes out so she can avoid using disposable items. (image: Jeon Jae-eun)

What bugged her was the amount of plastic waste that would just keep increasing the more she tried to empty her house.

“Ironically, as I decided not to keep stuff in my place, I had to resort to small, single-serve packs of fruit, food and whatnot, and that just meant more plastic every day,” Jeon pointed out.

So in spring last year, Jeon began keeping a daily record of all the trash she created. Then it became more clear where to cut out unnecessary plastic items, she said.

While these kind of efforts were usually made within a very small circle of activists involved in environmental groups in the past, the move is turning into a broader trend, especially among the younger generation.

Experts say the latest surge in the number of people voluntarily joining the plastic-free movement indicates that South Korea has reached a critical point in terms of the ever-increasing amount of plastic waste.

The number of plastic bags produced in Asia’s fourth-largest economy has been constantly rising — from 12.5 billion in 2003 to 21.6 billion in 2015 — with each South Korean using 420 plastic bags on a yearly basis, according to the Seoul Metropolitan Government.

The recent chaos over local recyclers’ refusal to pick up plastic waste highlights the challenge South Korea is facing.

Though the service was normalized after the environment ministry and provincial governments vowed to help the businesses make money, experts said similar incidents could recur at any time unless the overall use of plastic items decrease. 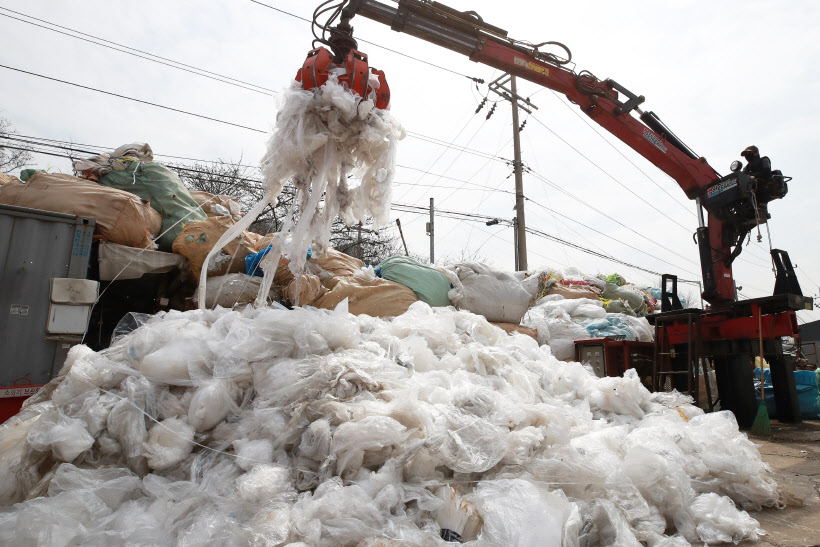 Local civic groups have been pushing the government to take more proactive steps to reduce the use of disposable items.

Last month, President Moon Jae-in urged his administration to come up with fundamental policies to address the issue.

Companies have also been trying to join the government’s efforts, rolling out a series of measures to encourage consumers to use fewer disposable items through various discounts.

Still, many say the approaches suggested by the government and businesses are relying too heavily on voluntary consumer participation.

“I live alone in a small town with my own little vegetable garden, which helps me avoid buying packaged foods, but not everyone lives in a similar environment as I do,” Jeon, the writer, said.

“In most of the cases, retailers release their products packaged, often using excessive amounts of plastic, leaving consumers with not much choice,” Bae said, echoing her view. “I wonder how much change can be made by just few consumers bearing the inconvenience.”

Kim Mi-hwa, Secretary-General of the Korea Zero Waste Movement Network, said it is important for the government and corporations to invest more in developing eco-friendly materials that can be used for packaging.

“While consumers’ efforts are no doubt a crucial part of environmental protection, the contamination issue can’t be fundamentally resolved unless the practice of overusing plastic changes at the production stage,” Kim emphasized.