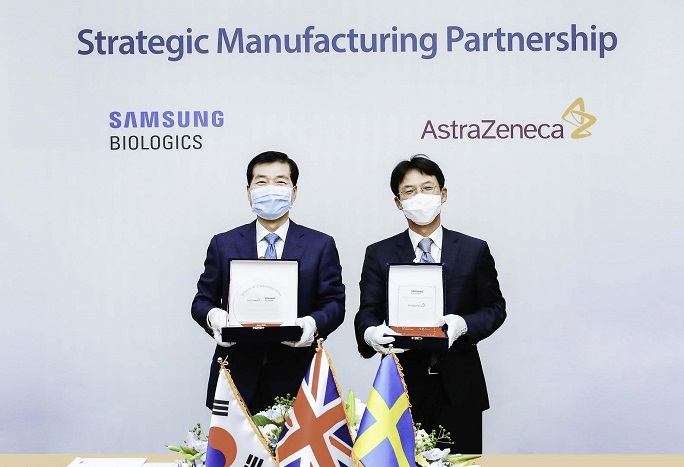 Samsung Biologics said it will also make drug products to support AstraZeneca’s biologics therapeutics, which could be increased to $545.6 million depending on the client’s demands.

“We are very proud to partner with AstraZeneca, a company that uses a rich history of science-led innovation to serve patients,” CEO Kim Tae-han said in a press release.

Samsung Biologics, a biopharmaceutical unit of South Korea’s largest conglomerate Samsung Group, was established in 2011 and got listed on the country’s main bourse five years later.

Along with CMO, Samsung Biologics engages in contract development organization (CDO) and contract research organization (CRO) sectors. It has three plants in Incheon, which can crank out 362,000 liters of biosimilars per year, the world’s largest.

In August, the company said it will build a fourth plant in the country in response to rising manufacturing demand. The 1.7 trillion-won (US$1.4 billion) plant in Incheon will have a bioreactor capacity of 256,000 liters, the company said in a regulatory filing.

With the fourth plant’s completion, Samsung Biologics will secure a combined bioreactor capacity of 620,000 liters, making it the largest CMO facility at a single location in the world.