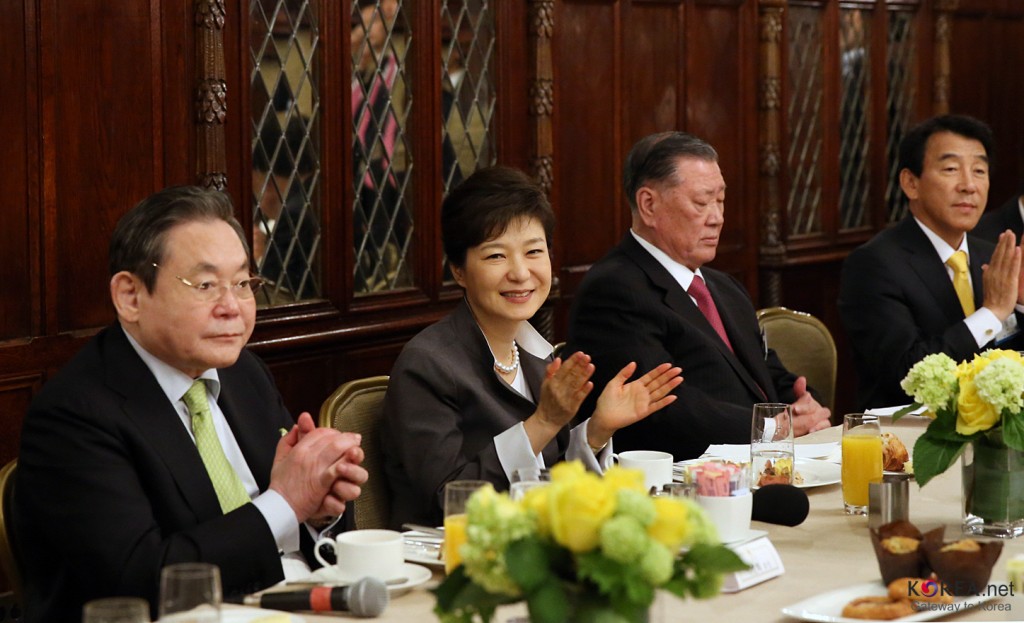 Dividend payouts to Lee, chairman of the group’s flagship Samsung Electronics Co., stood at 189.9 billion won (US$167.6 million) so far this year, according to the data compiled by market tracker FnGuide.

Lee, who owns a 3.5 percent stake in Samsung Electronics, is set to earn 137.1 billion won in dividends from the electronics giant.

Lee Jae-yong, vice chairman of Samsung Electronics and the only son of the Samsung Group chief who has been hospitalized since 2014 following a heart attack, came in fifth with 46.8 billion won in dividend earnings.

A total of 27 major shareholders, mostly owners of family-run business conglomerates, or chaebol, of listed firms earned more than 10 billion won each in dividend income, according to the data.