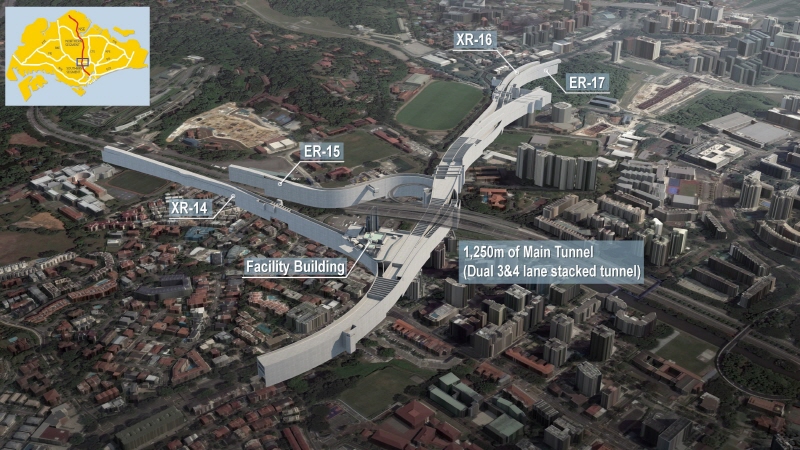 The graphic image shows the location where Samsung C&T will build an underground expressway in Singapore. (image: Samsung C&T)

SEOUL, Nov. 27 (Korea Bizwire) — Samsung C&T Corp., the construction unit of Samsung Group, said Monday it has won a US$602 million project to build an underground expressway in Singapore.

Under the contract, Samsung C&T will design and construct the 1.25 kilometer stretch of the underground expressway between Novena Rise and Toa Payoh Rise, including two entry ramp tunnels and two exit ramp tunnels, by 2026, the company said in a statement.