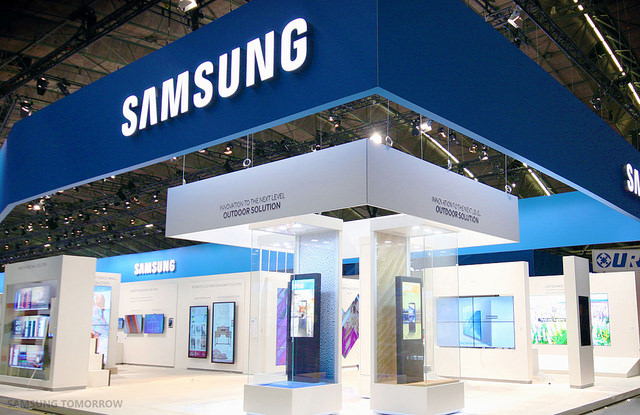 The company said earlier this year that it has also decided to freeze pay for its employees for 2015. (image: Samsung Electronics)

The market behemoth handed out 9.3 trillion won (US$8.44 billion) to its employees in 2014, down 0.3 percent from a year earlier, its regulatory data showed.

The number of workers at Samsung Electronics based in South Korea, however, came to 99,386 at end-2014, up 3.7 percent from a year earlier, according to a separate market data.

The company said earlier this year that it has also decided to freeze pay for its employees for 2015, although overall performance incentives, which depend on profits, will not be affected.

Samsung’s reluctance to increase wages despite the rising number of workers apparently came as its flagship mobile business suffered throughout 2014, with its net profit crashing 23.2 percent on-year to reach 23.4 trillion won.

The operating profit from the mobile sector plunged 64 percent to 1.96 trillion won in the fourth quarter of 2014, compared with 5.47 trillion won a year earlier. Industry watchers had cited the rise of Chinese players in the low-end sector as one of the major drags on Samsung’s earnings.