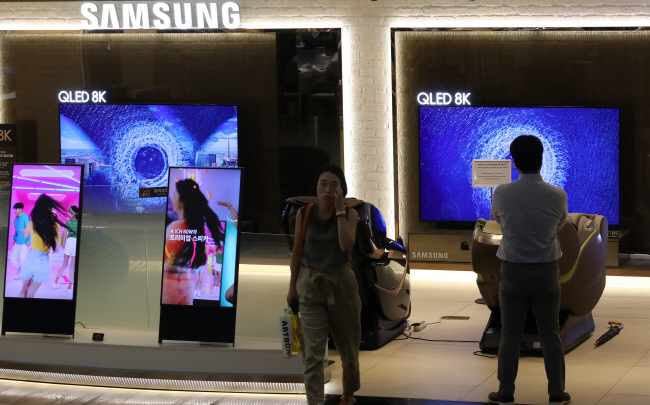 The display making subsidiary of Samsung Electronics Co. has cut LCD production at its Asan factory, about 100 kilometers south of Seoul, while preparing a large-scale investment for Quantum Dot (QD) OLED panels, a type of hybrid display that uses both OLED and quantum dot technology, according to them.

“We have adjusted production in some of the LCD lines due to rising deficits amid a global supply glut but haven’t yet confirmed investment plans for QD-OLED panels,” a Samsung Display official said, asking not to be named.

“It has become an inevitable industry trend as other LCD makers are decreasing supplies amid a sharp fall in prices.”

Some industry watchers speculated Samsung will soon halt some LCD lines and announce an investment plan for QD-OLED panels to focus on a more profitable segment.

Samsung Display, a leading smartphone OLED panel maker, already uses its QD technology for premium TVs and is well-positioned to develop the new type of display.

“Samsung Display is expected to phase out its LCD line at its Asan factory, realign its large display business and speed up its push for QD-OLED ” Kim Dong-won, an analyst at KB Research said, noting QD-OLED investment will be over 10 trillion won (US$8.3 billion).

If the investment plan is confirmed, it would be the first in seven years for Samsung Display to produce OLED panels for TVs.

The firm had supplied 55-inch OLED panels to Samsung Electronics in 2012, but it halted production in the next year due to a low yield rate.

Samsung Display suffered a deficit of 61 billion won on sales of 11.8 trillion won in the first half of this year, its financial report showed.

Its home rival LG Electronics Inc. has also been shifting its focus from LCD to OLED panels to boost its bottom line amid a flood of cheap Chinese LCD panels in the market.

In a conference call last month, its display making unit LG Display Co. said it has transformed two of three of eighth-generation LCD lines to OLED manufacturing and is considering halting its last remaining line depending on the market situation.