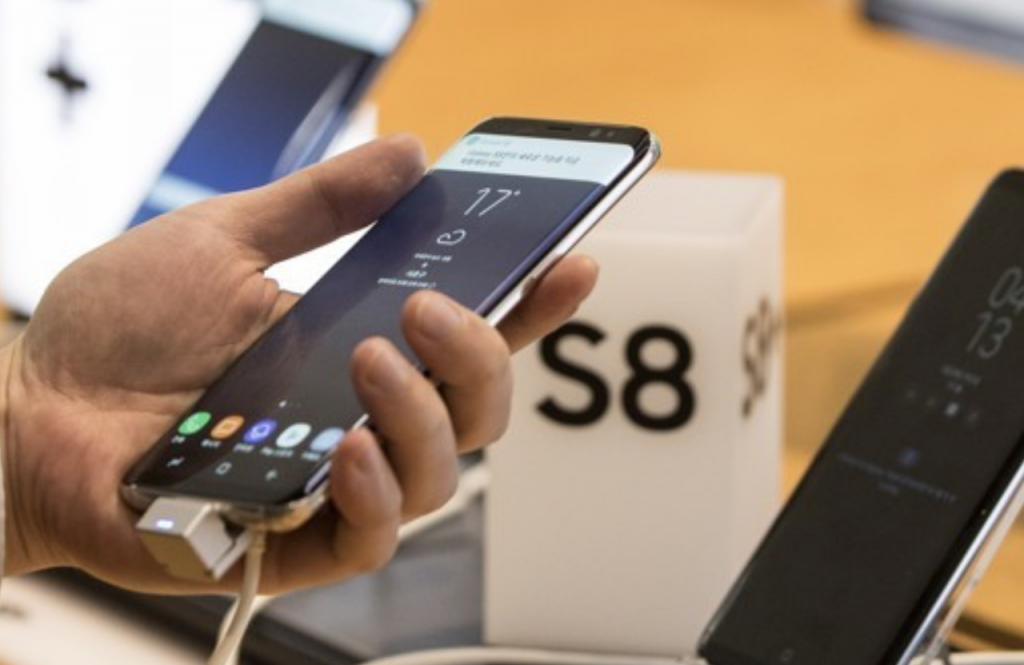 Samsung, meanwhile, said users should first seek to optimize the color themselves or if they cannot do it, visit the company’s service centers to find out if the device is actually defective. (image: Yonhap)

SEOUL, April 19 (Korea Bizwire) – Samsung Electronics Co. said Wednesday the controversial red-tinted display on some of its brand-new Galaxy S8 smartphone cannot be considered a defect, while some critics are predicting the issue may hurt the company’s image like last year’s battery scandal.

The issue came to light when a few users claimed the flagship device’s display had an unnatural reddish tint. The complaint posted on online portals and communities went viral in South Korea.

The discovery comes as the South Korean tech giant has been promoting the Galaxy S8 smartphones to put to rest the ill-fated Galaxy Note 7 phablet, whose production was suspended last year due to some of the devices catching fire while charging around the globe. The flagship phones were launched in South Korea on Tuesday for those who purchased through preorder.

Samsung has said users experiencing the glitch can easily fix it by going into the color optimization setting for the display.

On the other hand, some industry experts argued the red-tinted displays may be attributable to more complicated problems.

There have been suggestions that the issue may be linked to faulty chips in the device that caused a malfunction in the graphics processing unit. Others said AMOLED displays used by Samsung have taken flak for a blue-leaning color rendering, and that the company had incorporated a so-called deep-red technology to offset the problem this time around.

The problem could also be attributable to the fact that while traditional LCD panels use red, green and blue, the Super AMOLED adopted by the Galaxy S8 in particular uses a two pixel arrangement of red-green and blue-green. There have even been suggestions that the “stretched” 18.5:9 ratio of the Galaxy S8 smartphones led to instability of the display’s structure.

Industry watchers, however, agree that the display is not safety related, and there is no reason to conduct a recall of the Galaxy S8 smartphones. The number of phones exhibiting the problem seems to be small, they added.

Samsung, meanwhile, said users should first seek to optimize the color themselves or if they cannot do it, visit the company’s service centers to find out if the device is actually defective.

“There seem to be no special orders coming out of Samsung Electronics in regards to the red tint,” an official from a local mobile carrier said. He said there has been no cancellation of preorders.

Local preorders for the Galaxy S8 have surpassed 1 million units, setting a new record among all smartphones to date.

The devices feature high-resolution displays that bend on both sides and come with various innovative technologies, such as iris and face recognition scanners, and a smart voice assistance program named Bixby.