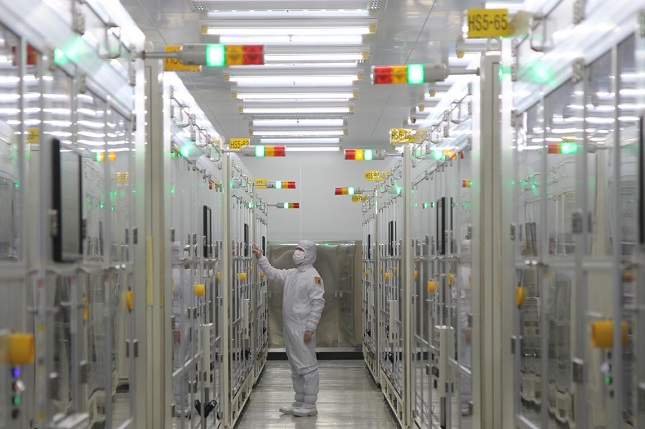 This photo provided by Samsung Electro-Mechanics Co. on Aug. 5, 2021, shows a cleanroom at its plant in Busan.

The affiliate of Samsung Electronics Co. in January signed a deal to sell its Wi-Fi module business to local electronics parts maker Wits Inc. for 105.5 billion won (US$89.9 million).

But Wits withdrew from the deal in May, citing market conditions and profitability concerns.

Samsung Electro-Mechanics has been trying to offload its non-mainstay businesses in recent years to focus on multilayer ceramic capacitors and high-value semiconductor package substrates.