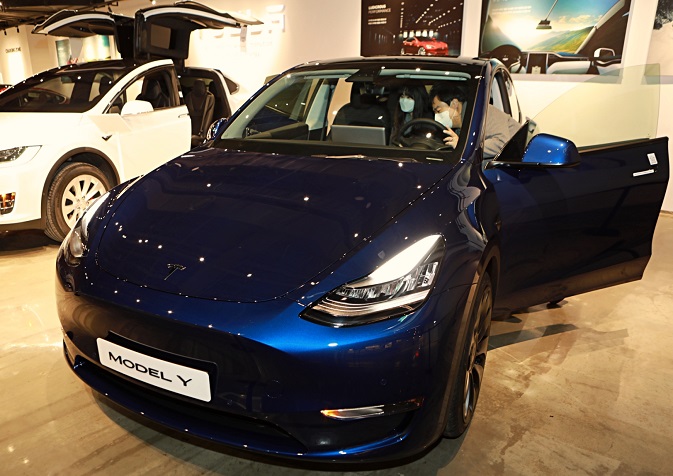 This image provided by Lotte Shopping on Jan. 13, 2021, shows the Model Y SUV from Tesla Inc. displayed at a department store in Seoul.

The Ministry of Land, Infrastructure, and Transport reported 561 Model S and 516 Model 3 vehicles have been subject to a recall this year.

Defect reports are also on the increase. As of October, a total of 123 defect cases had been reported concerning Tesla vehicles, which was nine times more than last year (14 cases).

A total of 115 of the defects involved issues with driving and internal equipment.

Tesla only has eight service centers in South Korea, three of which are in Seoul. Since there are a lot of cars lined up for maintenance, delays are inevitable.