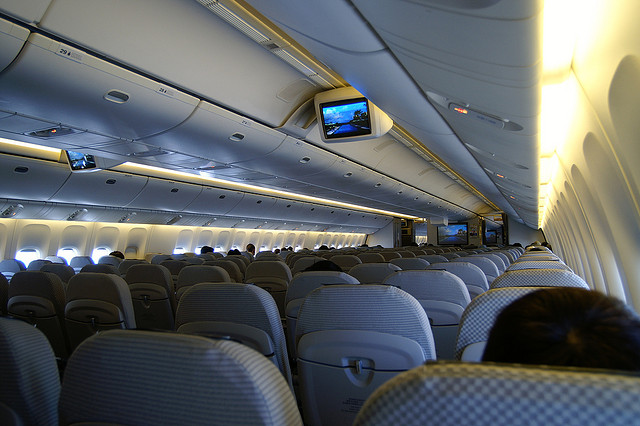 Samsung Electronics announced on July 18 that it has mandated for the executives of their mobile communications division to fly coach instead of business class. (image: Hyougushi/flicjr)

SEOUL, July 22 (Korea Bizwire) – The record drop in the sales revenue of Samsung Electronics in the second quarter of this year — often referred to as the “earnings shock” by the media — forced tightening of its belt, starting from cutting down of its executives’ travel expenses.

Samsung Electronics announced on July 18 that it has mandated for the executives of their mobile communications division which posted poor business performance this year, to fly coach instead of business class, when air-traveling for less than 10 hours.

A round-trip ticket from Seoul to Los Angeles on July 19 costs US$2,237 for economy class, $6,038 for business class and $10,712 for a first class seat. Samsung is now the first of the ten to make their executives to ride in economy class.

Also, their per diem and accommodation expenses were each trimmed down by 20 percent as well. A deputy manager level employee making a business trip to the United States now will be paid $160 for accommodation and $64 for per diem allowance, whereas previously he would have been given $200 and $80 for each.

An official in the industry said, “As the saturated smartphone market led to aggravating performances for Samsung, they are looking to stretch the dollar as much as possible, and squeezing their budget will continue until their records improve. Led by the No. 1 in the mobile industry, the belt tightening is expected to spread throughout the industry soon as well.”

On the other hand, the electronics company has announced on July 8 that their potential operating profit for the second quarter of this year has decreased as much as 24.45 percent over the previous year, due to stagnation of sales in smartphones.

The executives of the division, consequently, have voluntarily returned 25 percent of their performance bonuses for this year’s first half.