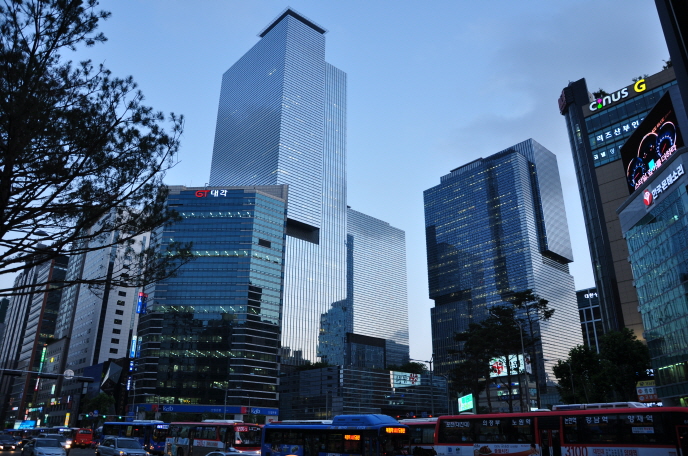 SEOUL, Mar. 26 (Korea Bizwire) — Samsung Electronics Co. said Tuesday that it expects its first-quarter earnings to miss market expectations due to a sharp decline in memory chip and panel prices.

The South Korean tech giant said it expected a sharper-than-expected price fall in memory chips in the off-peak season and worsening profitability in displays amid a supply glut of LCD panels by Chinese manufacturers.

The world’s largest smartphone and memory chip maker flagged the downbeat earnings in an unprecedented statement ahead of its earnings guidance slated for April 5.

“The first-quarter profit is expected to miss the market consensus as the business environment for the display and memory business is worse than we expected,” Samsung said in a regulatory filing before the marketing opening.

The market consensus on Samsung’s operating profit for the first three months of the year stands at 8.33 trillion won (US$7.36 billion), down about 47 percent from a year earlier, according to corporate tracker FnGuide.

Samsung is the world’s biggest producer of DRAM and NAND flash chips and supplies smartphone panels to Apple Inc., which has suffered tepid sales of iPhones in China.

DRAM chip prices fell more than 20 percent on average in the first quarter as major data centers are adjusting their high inventory levels of memory chips, according to market tracker DRAMeXchange.

The earnings warning also came amid flattening demand in the smartphone market and the protracted trade war between the United States and China.

Samsung said it will develop differentiated products and make cost-cutting efforts to improve short-term profitability and focus on promising sectors to foster new growth drivers in the long term.

On Tuesday, shares of Samsung Electronics closed at 45,250 won on the Seoul bourse, down 0.55 percent from the previous session’s close.

For all of this year, Samsung’s operating profit is projected to drop nearly 38 percent on-year to 36.66 trillion won.

“In the first quarter, its operating profit may fall sharply due to a slump in its display panel and chipmaking businesses,” Doh Hyun-woo, an analyst at NH Investment & Securities, said.

The analyst said Samsung’s display panel sector may swing into the red during the first quarter, while its chipmaking business is also expected to suffer a slump due to increased inventory and weak demand from data center companies.

“But we expect a recovery from the second quarter on the back of a revival in demand,” he said.

Samsung said earlier that demand for memory chips is projected to remain weak in the first quarter as major clients continue to adjust their inventories, coupled with weak seasonality.

Despite a sluggish start, global demand for memory devices is anticipated to rebound in late 2019 on the back of rising demand for high-performing chips and the peak season effect, the tech behemoth said earlier.