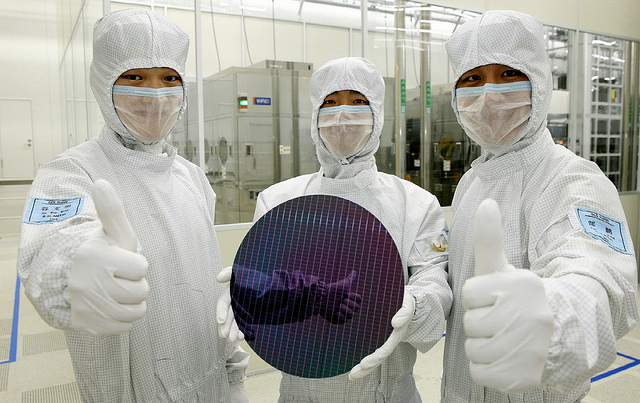 SEOUL, May 9 (Korea Bizwire) – Samsung Electronics is eyeing China for its semiconductor production and display panel supplies in searching of low cost advantage.

By commencing operations of its Xi’an fabrication line, Samsung has secured a solid memory production base in China, a market where approximately 50 percent of global NAND flash is generated by production bases operated by many IT companies in China. It is also laying the foundation for a more stable supply of memory products to its customers.

Samsung plans to complete construction of its entire Xi’an complex, which includes an assembly facility and test line, by the end of this year. An official at Samsung said, “The production yield of Xi’an factory rose to a similar level of Korean fabrication lines, faster than our expectations. Although it seems to be the results of deploying many Korean technical staff, it is a meaningful achievement as it is made of Xi’an’s electricity and water.”

“Most of all, the quality of electricity and water, core parts of semiconductor production, is good in Xi’an. Selecting Xi’an as semiconductor manufacturing base was an excellent choice for us,” the official added.

The construction of the production line in China is seemed to reduce production cost in a situation where it makes more than 80 percent of revenue from overseas. Samsung can also save transportation cost if it produces overseas.

According to market research firm DisplaySearch, Samsung purchased 147 million liquid crystal display (LCD) panels for smartphones from BOE in 2013. It was a 52.8-percent rise over the previous year. As Samsung bought 30.7 percent of smartphone display panels from BOE, three out of 10 Samsung smartphones are equipped with BOE’s display panels.

Most of the BOE displays are used in low-end phones as Samsung’s premium and mid-market smartphone models adopt organic light emitting diodes (OLED) panels. As Samsung is placing an emphasis on the production of low-cost phones, its demand for the low-cost LCD panels from China, especially from BOE, will continuously increase.