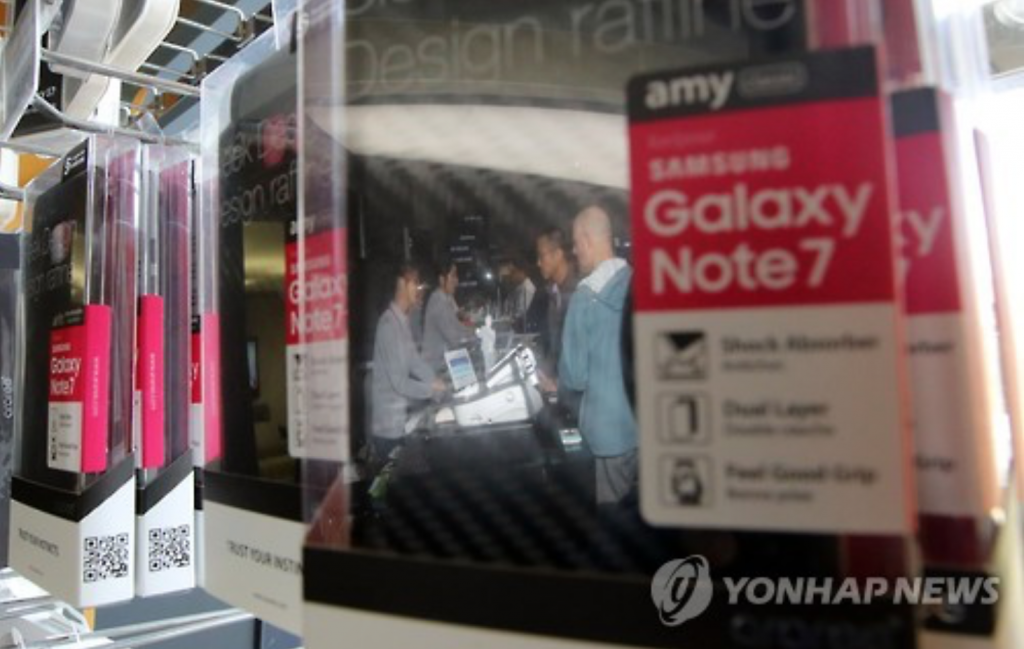 Consumers ask about the recall plan of the Samsung Galaxy Note 7 at a Seoul phone shop on Oct. 13, 2016, after Samsung Electronics announced its plan to discontinue the smartphone’s production. (image: Yonhap)

SEOUL, Oct. 17 (Korea Bizwire) – Samsung Electronics Co. and the South Korean government have launched their own investigations to figure out what caused Galaxy Note 7 smartphones to catch fire after the tech giant halted its sales over recurring battery problems, industry officials said Sunday.

Samsung has been investigating components of its latest flagship phones after numerous reports of the device catching fire. The world’s largest phone maker conducted a global recall last month citing faulty batteries, but it last week decided to discontinue its sales after some of its replacements running on different batteries also had overheating problems.

Separately, the state-run Korea Testing Laboratory (KTL) on Thursday began their own probe with five phones provided by Samsung Electronics that caught fire in the nation earlier this month, according to industry officials with knowledge of the matter.

KTL will not just limit its investigation into the batteries and will use latest testing technologies, including X-ray and computerized tomography, to find the exact cause of the problem, they added.

“We have handed over the phones (that caught fire) to KTL and will cooperate with their investigation, but we can’t just sit and wait for its result,” a Samsung Electronics official said. “We have been mobilizing all possible resources to find the exact cause of the problems as soon as possible.”

The firm cut its forecast for third-quarter profit to 5.2 trillion won (US$4.6 billion), down from the 7.8 trillion-won, reflecting the estimated loss from halting Note 7 sales. On Friday, it again issued forecast of another mid-3 trillion-won (about $3.1 billion) in lost profit in the next two quarters.

Industry watchers say finding the exact cause of the Note 7′s problem is crucial for Samsung to win back consumers’ trust before the firm launches its new flagship model, the Galaxy S8, next year.