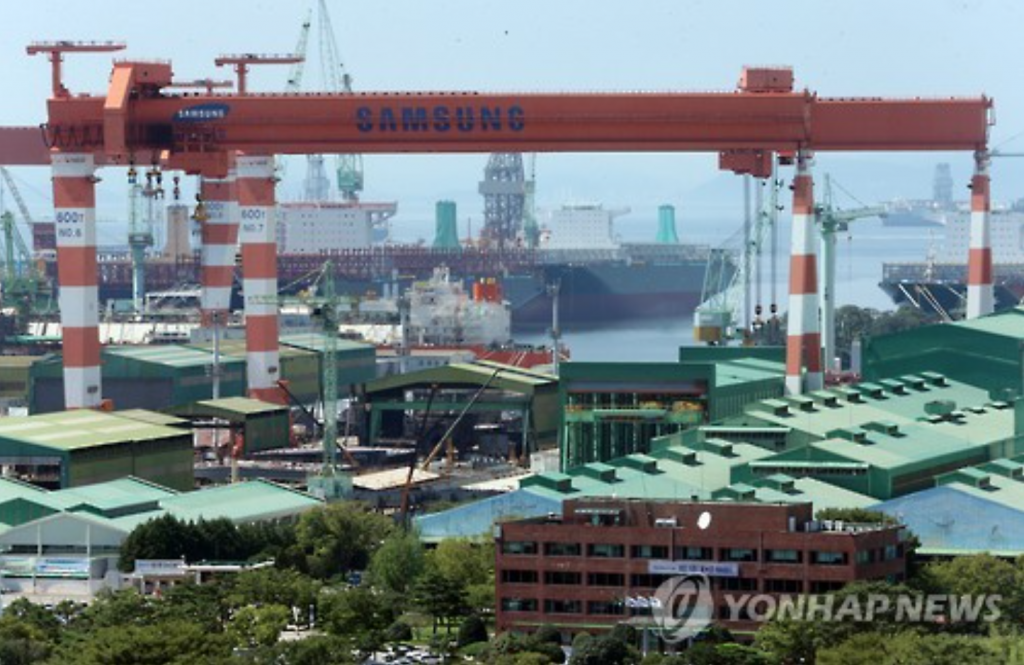 SEOUL, Jan. 5 (Korea Bizwire) – Samsung Heavy Industries Co., a major shipyard here, said Thursday that it has won a US$1.27 billion deal to build an offshore facility, marking the first mega deal of the year for South Korean shipbuilders struggling to bring in new orders.

Under the deal with BP Plc, Samsung Heavy will build a floating production unit (FPU) by August 2020.

The semi-submersible platform will be used for BP’s field development project, called ‘Mad Dog II,” in the U.S. Gulf of Mexico.

The facility will be able to produce 110,000 barrels of crude oil, according to Samsung Heavy.

The shipbuilder said it is likely to win an additional offshore facility deal due to rising oil prices.

South Korean shipbuilders have been under serious financial strain since the 2008 global economic crisis, which sent new orders tumbling amid a glut of vessels and stiffer competition from Chinese rivals.

Last year, their bottom lines improved on the back of cost-cutting measures, but still suffered a sharp drop in new orders.