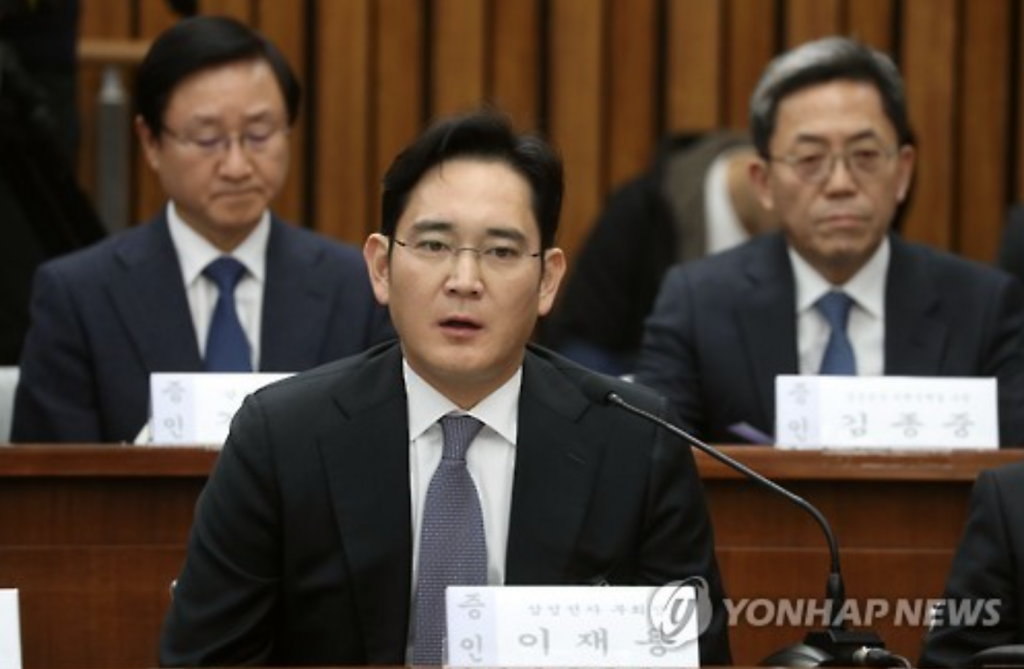 “There have been several incidents (as a result of) hasty decisions,” he said. “I feel deeply regretful.” (image: Yonhap)

SEOUL, Dec. 6 (Korea Bizwire) – Lee Jae-yong, vice chairman of Samsung Electronics and the heir-apparent of Samsung Group, appeared Tuesday at a parliamentary hearing into the involvement of Korean conglomerates in the corruption and influence-peddling scandal surrounding President Park Geun-hye and her confidante Choi Soon-sil.

Lee was one of eight Korean business tycoons (chiefs from Hyundai Motor, SK, LG, Lotte, Hanwha, Hanjin, and CJ) summoned to face the allegations, but he was certainly the center of attention, most embarrassed, perhaps, by relentless questioning from lawmakers from both the ruling and opposition parties.

Face with the onslaught, Lee struggled to maintain composure and often hesitated, stuttered, and reluctantly made promises while attempting to avoid direct responses.

Samsung faces several allegations in the scandal, most of which were brought up by parliamentary members at the hearing.

Among the bigger allegations include the controversial 2015 merger of two affiliates – Samsung C&T and Cheil Industries – in which it is alleged that Samsung received deliberate support from the National Pension Service, which owned an 11.6-percent stake in Samsung C&T and a 5-percent stake in Cheil at the time, in return for monetary favors to Choi Soon-sil and her daughter.

The $8-billion merger was seen by critics as a major move for Lee to grasp greater power over the Samsung empire.

During the hearing, however, Lee maintained Samsung’s official stance that the donations to the two foundations were voluntary, despite vaguely admitting to gifting Chung Yoo-ra, a professional equestrian, a horse valued at 1 billion won.

“There have been several incidents (as a result of) hasty decisions,” he said. “I feel deeply regretful.” 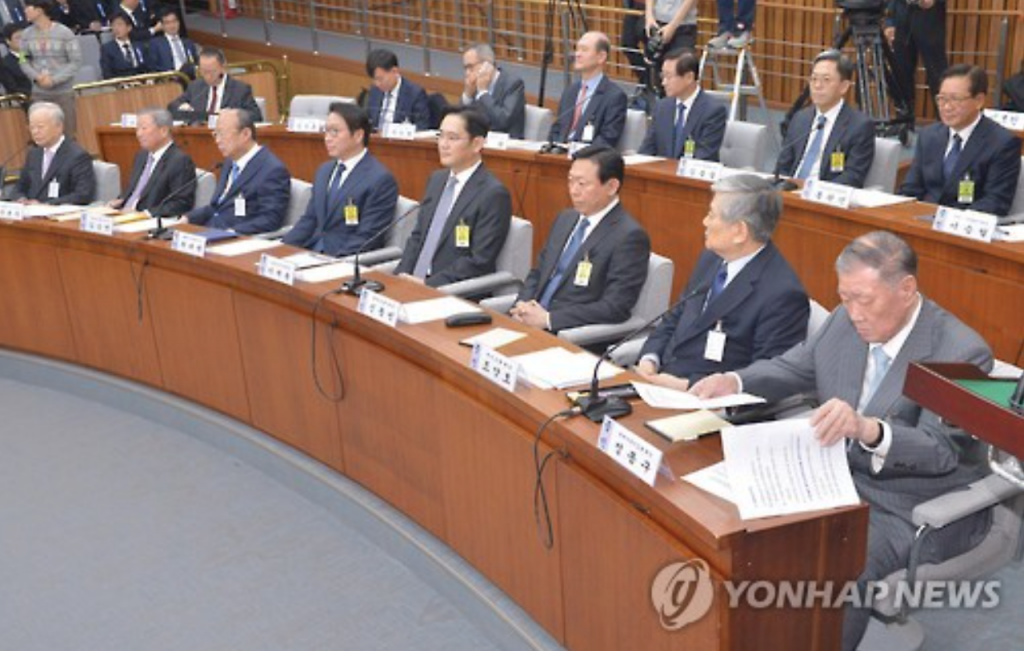 Lee admitted to meeting privately with the embattled President Park twice in 2015, during which he said the president asked for “unsparing support to nurture Korea’s culture and sports activities,” but said that she mentioned no specific names of foundations.

Lee also made an unprecedented pledge, upon being battered with queries, to stop Samsung’s donations to the Federation of Korean Industries, the country’s largest business lobby group that has often been criticized for promoting collusion between politics and businesses.

When asked by Saenuri Party lawmaker Ha Tae-keung to declare a full halt of donations to the FKI, Lee said “Yes.”

Lee even expressed frustration at one point when Minjoo Party of Korea lawmaker Park Young-sun questioned Lee’s competency as a company leader, in a departure from his canned responses that relied heavily on “I don’t remember”, “I feel regretful”, or “I’m sorry”.

In a rare display of frankness, Lee said, “If I find anyone with excellent business skills, I will hand over my management rights.”