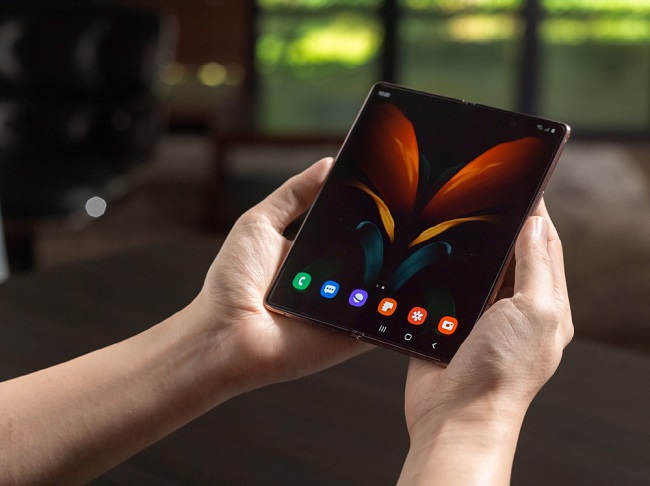 The Galaxy Z Fold 2 was officially introduced Tuesday, with its global launch slated for Sept. 18. The price of the book-like folding device was set at US$1,999.

Industry insiders said Samsung is expected to produce 700,000 to 800,000 units of the Galaxy Z Fold this year, which is more than the first-year production volume of its predecessor Galaxy Fold.

Samsung is likely to produce the Galaxy Z Fold 2 not only in South Korea but also in Vietnam and Brazil, according to the sources.

“Manufacturing the Galaxy Z Fold from overseas plants proves that its yield rate has been stabilized,” an industry insider said on condition of anonymity. “It looks like Samsung is now trying to focus on cutting costs for foldable smartphone production.”

For the Galaxy Z Fold 2, Samsung said it focused on improving user experience and solving problems with the Galaxy Fold that were raised by consumers.

The launch of the Galaxy Fold, Samsung’s first foldable smartphone, was delayed about five months last year due to display problems.

The Galaxy Z Fold 2 will compete with Microsoft’s Surface Duo and Huawei’s Mate X2, while the 5G variant of the Galaxy Z Flip, which will go on sale on Sept. 18, will go up against Motorola’s upgraded Razr foldable phone.

But analysts said Samsung will likely move ahead against its competitors.

“Samsung has reconfirmed its technological prowess in foldable smartphones, so it is likely to take a leading position for quite an amount of time,” Roh Kyoung-tak, an analyst at Eugene Investment & Securities, said.

“With a diversified foldable product lineup, Samsung’s foldable smartphone sales could expand to 8 million units in 2021.”